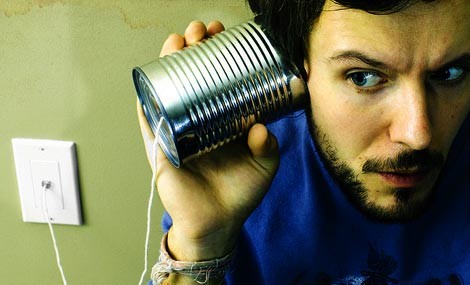 Given all the talk about Twitter on the Charleston Web scene, we thought it time we helped explain what it is and how you can learn its wonders.

See, we're big fans of Twitter here at TheDigitel. We've got three accounts for the site and we're all online.

So we rounded up some of the Charleston Twitterverse's biggest personalities and had a little chat about what it means to them, and what it means to Charleston - and we did it via Skype too, just to give another cutting edge to the whole podcast, five of us were in four separate locations as we recorded this!

Those folks: @XarkGirl (aka Janet Edens), @Jaredwsmith (aka ... well ... Jared Smith), and @webprgirl (aka Lyn Mettler).

While we all chatted about what Twitter was and what it means to our community, Janet brought her news background to the table, Jared brought his technology background, and Lyn brought her background as a business public relations individual.

We hope it gives you a taste of what Twitter is about, and what it can mean to you and what you do.

Oh, and Geoff and I blathered about the week's top stories and what you can look forward to in the coming week.