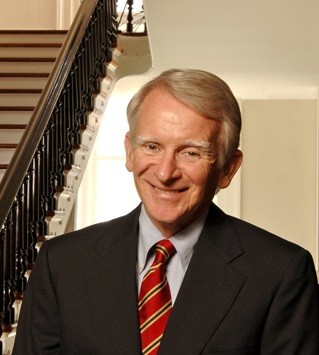 Riley along with the Robinsons (posthumous award) will be recognized at the first Anthony Aston Gala on Tuesday, May 17 at Hibernian Hall, 105 Meeting St. in Charleston. The Footlight Players board of directors voted in 2015 to create this award to recognize individuals or organizations that have made significant contributions to the arts or cultural life of Charleston.

The award is named for Anthony Aston, a British actor, playwright and poet, who landed in Charles Towne in 1702 after being shipwrecked on the Carolina coast near Port Royal. In 1703, Aston wrote and performed “The Country,” thought to be the first play ever produced in America.

“The Aston Honors is another first in a great city of firsts,” said Jim Gooden, board president for The Footlight Players. “We are excited to formally recognize the United States’ first playwright and at the same time, others who have contributed mightily to advancing the performing arts in Charleston.”

Tickets are on sale for the Aston Gala at www.footlightplayers.net or by calling the box office at 843-722-7521. This black-tie optional gala includes a seated dinner. Individual tickets are $150 each. Individual benefactor tickets are $275 each and include a pre-event VIP reception with Joe Riley and other distinguished guests.

The mistress of ceremonies for the gala is Charleston native Lauren Hutton. Considered the first supermodel, Hutton has graced 10 covers of European Vogue magazines and 27 covers of American Vogue. In film, she has starred alongside Robert Redford, Richard Gere, Gerard Depardieu and Jim Carrey. As a role model for her generation, she has shown how to successfully age and navigate transitions, maintain a healthy lifestyle and engage in environmental and women’s health issues.

Proceeds from the event will benefit The Footlight Players in its preservation, education and operations endeavors, which include maintaining a historic theater and producing multiple shows annually.

Now in its 84th season, The Footlight Players was founded in March 1931 by leaders of the Charleston Renaissance, including Alfred Hutty, DuBose Heyward, Selma Tharin Furtwangler Dotterer and Eola Willis. In 1934, the community theater group acquired an old warehouse at 20 Queen St. and converted it to a theater that opened in 1941.

About the Aston Honor recipients

Joe Riley was first elected mayor of Charleston in December 1975, and went on to serve an unprecedented 10 terms. During Riley's tenure, the City of Charleston saw a substantial decrease in crime, a revitalization of the historic downtown business district, the creation and growth of Spoleto Festival USA, an expansion of the city's park system, and the development of affordable housing.

Among the numerous awards given to Riley over the years, he received the 1982 Elizabeth O'Neill Verner Award from the S.C. Arts Commission for outstanding contributions to the arts. In January, Riley joined the faculty of The Citadel as the first occupant of an endowed Professorship of American Government & Public Policy created in his honor with the mission of documenting and teaching lessons of principled, bipartisan and effective leadership in pursuit of excellence for the public good.

Patricia and Emmett Robinson were synonymous with theater in Charleston for almost 30 years. Actor, stage designer, writer, artist and director Emmett Robinson moved to Charleston in 1931. He became the managing director of The Footlight Players in 1935. In 1937, a 22-year-old Emmett produced, directed and designed a production of “The Recruiting Officer” for the grand re-opening of the Dock Street Theatre. In addition to producing and directing hundreds of plays and musicals, he also designed and built the set for the 1970 production of “Porgy and Bess.” He also was responsible for several exhibits and other civic projects with the Charleston Museum, the Exchange Building and several churches and schools. He died Dec. 25, 1988.

Patricia Robinson was a well-known and beloved Charleston author, poet, playwright and actress. She moved to Charleston shortly after graduating from Cornell University in 1944. She then began writing plays that reflected the unique character of her adopted city. In 1950 she married Emmett and they had two daughters, Jennet Robinson Alterman and Alix Robinson Tew. In the following years, she wrote both plays and musicals and on many occasions performed herself. She wrote or co-authored seven novels, setting many of her stories in Charleston. She died in 1998.

SnapTube Download is a total package for video lovers: https://downloadsnaptubeapp.com