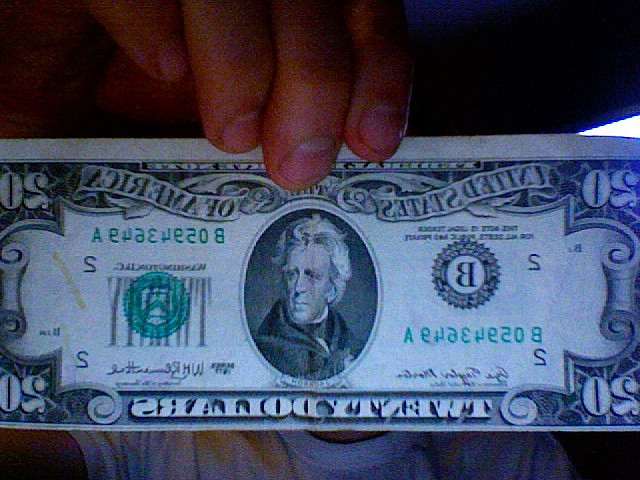 Update November 14, 2012: A counterfeit $20 was used to buy a beverage at a local convenience store.  When confronted about where she got it, the customer told police she found it on the ground outdoors.

The moral of the story is that if you see a penny pick it up, save it for a rainy day, or something about one saved is one earned...but if you happen to have a fake $20 and the police ask, say you found it.  You can read more in this Sun News article.

Update October 10, 2012:  Guess it's that time of year again because the issue of counterfeit cash being passed to Grand Strand businesses is again making headlines.

WPDE reports that the issue is back with a vengeance and it's often small businesses that take the hardest hit.  Check out the below mentioned Secret Service pages for tips on identifying funny money and have a look here for tips on what to do if you find yourself being handed a phony bill.

First report November 11, 2011:  Counterfeit money has been showing up in more and more Grand Strand businesses, with no hope for them to recover their loss.

With phony money getting difficult to detect, local businesses are having to get even more diligent in doing all they can to avoid accepting it as payment. It is worth only the paper it's printed on, thus leaving the business owner in a financial lurch.  You can check out the full report by WMBF news here,  The United States Secret Service also has an extensive website on counterfiet money, how to detect it, what you should do if you have it.

Are you concerned that you may, unintentionally, have counterfeit bills in your wallet?  Check out this video explaining many tactics for determining whether or not a bill is geniune.