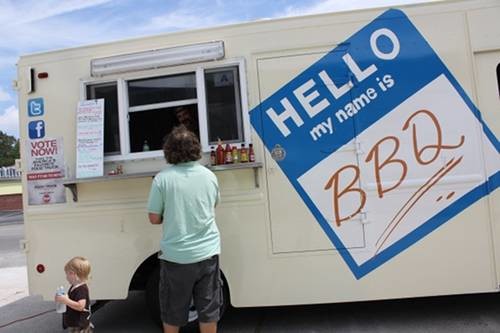 9:44 am on Monday August 15, 2011 | Posted by Ken Hawkins
Vote for Charleston's food trucks as one of the nation's favorites

The format is familiar for online contests: Hop over to their site, register and vote every day until the end.

The grand prize food truck will when a meager but meaty $10,000 cash prize and one voter stands to win a round trip to the Food Network New York City Wine & Food Festival﻿. Voting ends September 12th and the winners will be announced on the 14th.

In all, three of Charleston's food trucks made the list roster: Hello My Name is BBQ, Roti Rolls, and Strada Cucina﻿. — It's a small sample of Charleston, but robust as only four mobile food vendors were featured from the Palmetto State.

To be sure, none are in the top 10 as of August 15, but the votes can only hope to draw more attention to Charleston's emerging scene.

And if, gasp, you're unawares of the mobile food in Charleston, then head on over here for all you need to know.