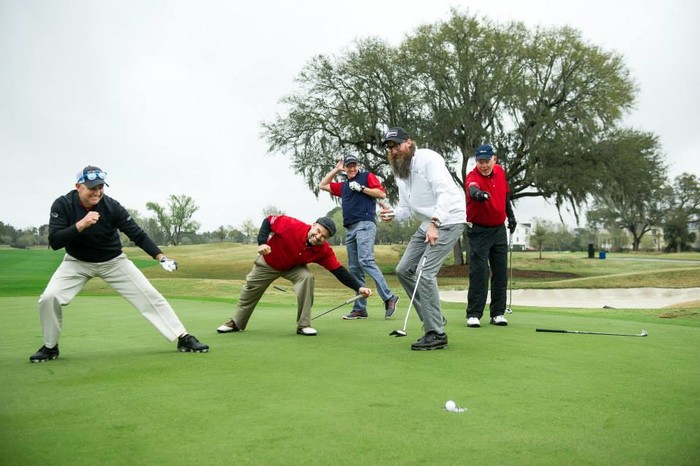 Musicians, professional athletes and other celebrities will gather for the fourth annual NEEDTOBREATHE Classic golf tournament on Monday, March 21, 2016, at the Daniel Island Club. This annual event is hosted by Commonwealth Cares Foundation and South Carolina-based band NEEDTOBREATHE.

The 2015 tournament netted $110,000 for Charleston-based nonprofit Palmetto Medical Initiative, which builds self-sustaining medical clinics in areas dramatically in need of affordable, quality health care. In 2014, PMI launched its 20 by 20 campaign – a plan to have 20 medical centers by 2020. Most of those will be in Uganda and Nicaragua with the goal of blanketing a particular area and elevating care for an entire region. The money raised at the 2015 NEEDTOBREATHE Classic will benefit PMI’s 20 by 20 campaign.

Each year, Grammy Award-nominated rock ‘n’ roll band NEEDTOBREATHE and the Commonwealth Cares Foundation put together a day of celebrity golf and an evening of music featuring a concert by NEEDTOBREATHE and other musicians.

“To see how our local community and celebrities from across the country gather for this golf tournament is truly amazing,” said Britt Gilbert, president and CEO of Commonwealth Financial Group, which started the Commonwealth Cares Foundation as its charitable division. “Many of the people who join us for this event will never make it to Uganda or Nicaragua, but they can feel good knowing their donations and support are literally saving lives and giving people around the world hope for a healthy future.”

For sponsorship opportunities, contact Alexa Devine Harnig of Empire Sports Management at 843-343-7451. Visit www.commonwealthcares.org to sign up for email updates on registration and celebrity player announcements.