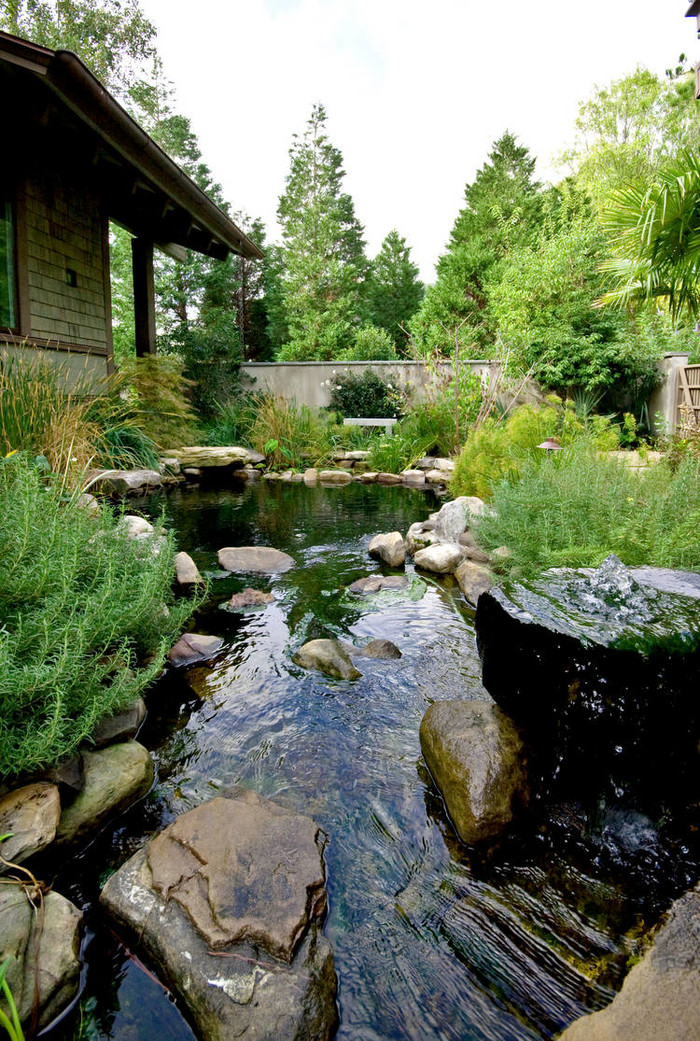 Focusing on sustainable commercial and residential landscape design, the Kramer's pride themselves on making sustainable landscapes both aesthetically pleasing, and beneficial to the environment and the people around it.  Remark especially put emphasis on using local species, as well as utilizing storm water and bioswales.

In business since 2007, Remark Studios was created out of bad and good luck, great ideas, and firm beliefs.  The Kramers had been working for another large firm for quite some time, and with an impending recession, the Kramers found themselves in a unexpected state of transition.

"Starting our own business wasn't in the works," explains Holly, "We had just had our first child and moved into our current home.  I had stopped working for the firm, but JR still was."

JR always had a strong belief in sustainable architecture.  He was the firm's specialist in the area and had thoughts of going out and developing his own firm.  After some discussions with colleagues and friends (one friend even shared a dream he had of JR owning his own company) JR knew he and his firm were heading in two different directions.

"We went on vacation, and returned after Labor Day in 2007.  I went into work and everyone was surprised to see me. I asked what was going on, and they replied 'We thought you were going out on your own!'  It was then I told them I had my letter of resignation ready and waiting in my car," laughed JR.  And with the positive encouragement of his employers, Remark Studios began.

"We felt like the Lord was leading us to go out on our own," shares Holly.  And JR confirmed their mutual feeling adding, "We started the business at the beginning of the recession.  A year after we did, 50% of the company we had worked for had been laid off, and even had to let go one of their partners, so it was all meant to be."

From renovations to expansions, Remark can handle any aspect of a project of any size. They work with a variety of budgets, and do everything from consulting, to overseeing project construction.  One of Remark's most notable projects would be the new Bojangles in Mt. Pleasant, which received much praise from The Post and Courier and the landscape architecture network in Charleston.

Remark also approaches residential projects with much ingenuity. JR explains that "We approach residential projects with aesthetics and functionality in mind.  We have to think about how adults are going to live in this space, and how their kids are going to live in this space.  You think 'Well, we need a playground,' but we can create something that is aesthetically great to play in and live in for everyone."

While JR and Holly want to keep their firm a two-person team for a while, they both emphasize that they have "very large visions."  At a recent landscape architect conference JR attended in Rio de Janeiro, Brazil, he met up with the leading architects in the world, and is already developing plans for possible collaborations in South America.

Remark's creative approach and passion for sustainable landscapes truly makes them unique to the Charleston area, and deservingly, the Kramer's efforts are not going unnoticed: "My old boss and I met up last week and he said he was impressed. He said 'You've always stuck to your guns on what you wanted to do, JR.' And I have."