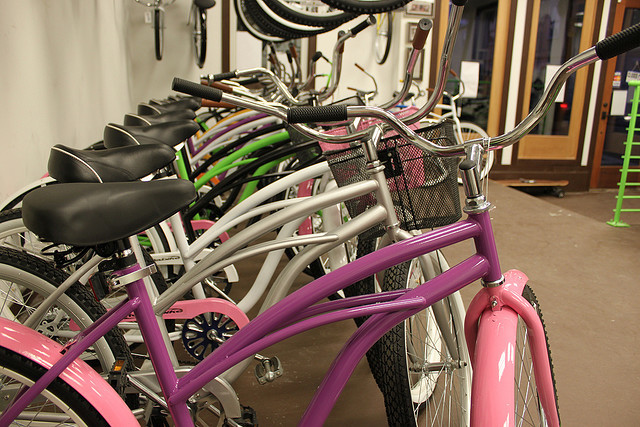 The idea is five times the old one: Affordabike is moving from their cozy 700-square-foot Saint Philip Street spot to a 3,500-square-foot King Street storefront.

Yes the company formerly known as Unique Transportation is honing in on their bike game, aiming to become the place in town buy, fix, and even rent bikes.

"We've been doing pretty well and have sold 300 bikes this year," says co-owner Daniel Russell-Einhorn. "Moving to a much bigger space on King Street will allow us to offer better services."

They're hoping to have the new space open this Friday, July 2, carrying over their custom build, affordable beach cruiser "Affordabike" line, while shifting away from their electric skateboard business.

Instead they'll be pushing further into the bike arena, amping up a focus on speedy bike fixes and a wider set of offerings, like road bikes and aluminum bikes that are lighter and rust resistant.