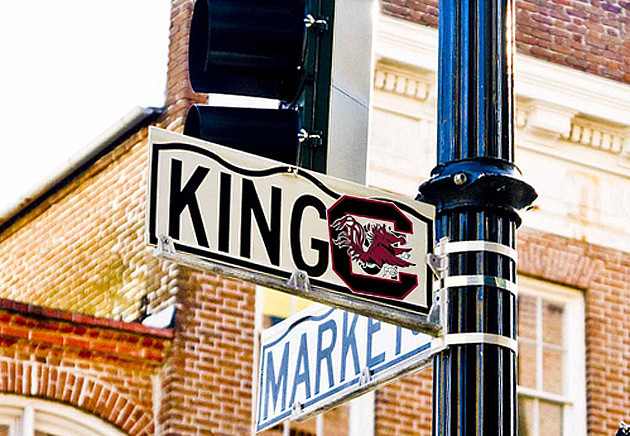 The University of South Carolina has many local two- and four-year locations around the state, Columbia, Beaufort, Aiken, and Sumter, to name a few — but now the university is coming to Charleston, sort of.

The university will open a "welcome center" on King Street, purchasing the remaining three years of the lease for the retail space at 258 King Street, jsut down the street from Sermet's restaurant near Hassel Street.

The site was the former flagship location for the Greek jewelry store, Oxette.

Prior to the agreement, President of USC, Harris Pastides, toured the Charleston location and spoke with Mayor Riley about USC's plans for the space.

According to Luanne Lawrence, Vice President of Communications for USC, the store will be a welcoming and information center to create a liaison for prospective students, current students, alumni and friends of the university. In the front of the store they will sell their "premium lines of USC wearables, USC jewelry, their golf line and special coaches gear." Lawrence said that the re-design work has already begun and that they hope to be open on King Street by late August.