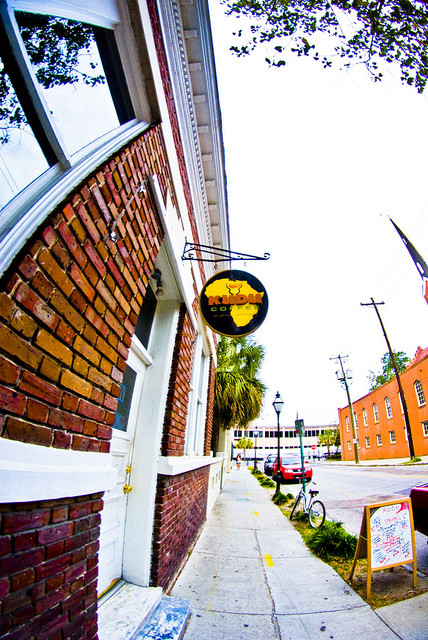 6:06 am on Tuesday July 6, 2010 | Posted by Ken Hawkins
What's different (and changing) at Charleston's Kudu coffee shop (update: why they sold)

Update July 6: We managed to completely miss the Charleston Regional Business Journal's story about Kudu back in March, which is a real shame as it has a good bit of the business back story behind the sell and notes that the new owners have switched coffee roasters; take a read here.

First reporting: With the old owner now back in South Africa, brothers Josh and Jason Bell are now in control of Charleston's beloved Kudu coffee shop -- and they've made some subtle changes.

Charleston Scene has scoped out the changes and chatted with the new owners to give you a hint of what's different and what changes to expect; take a read here.

I'm generally digging it, especially the expanded beer and later hours, and I'm never unhappy to see a company make good use of their Web site.

Not only does it look pretty, but it's got lots of good info, like upcoming shows, and menu of food, drinks, and beer.

They're at 4 Vanderhorst Street in downtown Charleston.