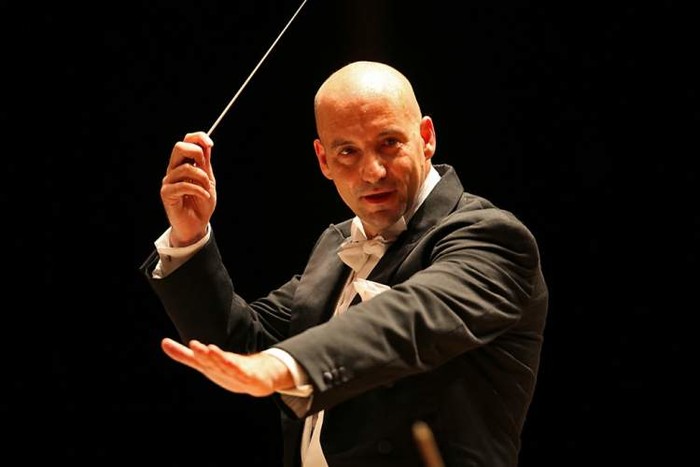 Update June 7: And Villaume has conducted his final Spoleto Festival USA concert; The Post and Courier has a short write-up on the matter.

Update June 1: The Post and Courier has followed with a story where Villaume and others downplay the idea of there being any sort of personal differences that lead to his departure. You can read the story here.

First reporting: We know you're nearing capacity of Spoleto news consumption, but we just got a release that Emmanuel Villaume, the Christel DeHaan Music Director for Opera & Orchestra for Spoleto Festival USA, announced today that he will leave his position after the current season.

It's not entirely clear why he's leaving and a release eluded to not being able to give the festival enough time.

I'm sure we'll see more on this and will update you with a link later, in the meantime the full release is below.

"I love this Festival deeply and I have always said that if I could not give the organization what I consider to be the necessary time, I would step down from my position," said Villaume. Recently appointed Chief Conductor of the Slovak Philharmonic Orchestra, Maestro Villaume also serves as Artistic Director and Chief Conductor of the Slovenian Philharmonic Orchestra and is a highly sought-after guest conductor worldwide.

Maestro Villaume is the longest serving Music Director for Opera & Orchestra for Spoleto Festival USA, having taken up this post in 2001. Prior to that, he made his 1990 American debut with the Festival's acclaimed production of Le nozze di Figaro,directed by Gian Carlo Menotti, in which Renée Fleming first sang the role of the Countess.

"Emmanuel will be deeply missed. He did brilliant work developing the quality of our orchestra," said Spoleto General Director Nigel Redden. "We have already talked about his returning to the Festival in future seasons as a guest conductor," Mr. Redden added.

"Emmanuel has been a wonderful music director and an important presence here at the Festival. We are grateful that he is leaving the orchestra and the Festival in such good shape," said Spoleto Chairman Martha Ingram.

Mr. Villaume has conducted many celebrated productions over the last ten years. The production of Don Giovanni, directed by Günther Krämer, was described in The New York Times as a "triumph." The success of that production led to the innovative renovation of Memminger Auditorium in which it was staged. Maestro Villaume chose to open the newly renovated Memminger with the premiere of Anthony Davis' newly revised Amistad. Opera Today declared the production "a coup of music theater for Spoleto -- an experiment in opera grand and intimate and timely in its content."

Perhaps Maestro Villaume's major achievement at the Festival was his work with the Spoleto Festival USA Orchestra. The orchestra, made up of young musicians chosen from some 800 candidates who audition throughout the United States, has been described as "one of the best orchestras in America" by Tim Page of The Post and Courier (Charleston). "The orchestra is truly the star of this show" declared James Oestreich of The New York Times on its work in 2008's Faustus, the Last Night.

During the 2010 season, Maestro Villaume will conduct the Spoleto Festival USA Orchestra in two orchestral concerts, on Monday, May 31, and Sunday, June 6.