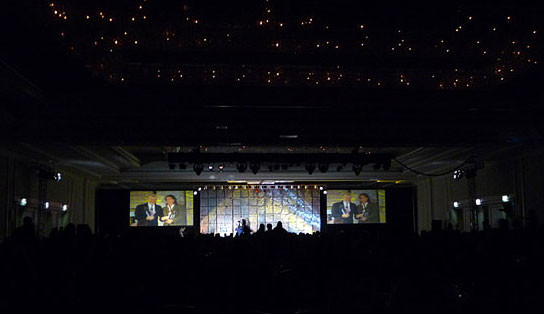 Local Web design and marketing agency, Blue Ion has bagged a Gold National Addy Award along with their creative partners in crime, Hook.

The feat? Hook's superb Web site. (If you can turn your speakers on, then do; the sound is subtle, but well done.)

The awards are given out annually, and though you may hear of many local firms winning the awards, you need to know that they're given out on three levels: local, regional, and national.

Here's a bit about the accomplishment, from Hook's blog:

The Hook website completed an ADDY trifecta. After winning “Best of Show” in the local ADDY competition, the site won “Best of Show” for interactive in the regional competition. This Saturday, in Washington, DC, the site won a Gold in the National ADDY competition. Of the nearly 1600 entries that were judged in the national competition, only 100 Gold awards were presented. So it’s quite an accomplishment. Again, our thanks go out to Blue Ion for their superior programming skills and introducing us to the world of Papervision (which gives the site its 3-D look).

Meanwhile, Blue Ion's blog has a more narrative approach to the achievement and awards night. Go take a read.

And not to diminish the success of these locals, but as Blue Ion points out, the Greenville-based Bounce Agency collected four golds for the brilliant "Time to Thaw" campaign.

Those four awards, and Blue Ion and Hook's award represent all five the Palmetto State collected. -- Last year our state saw only three, all of which went to the Bounce Agency.

Head to the source at blog.blueion.com