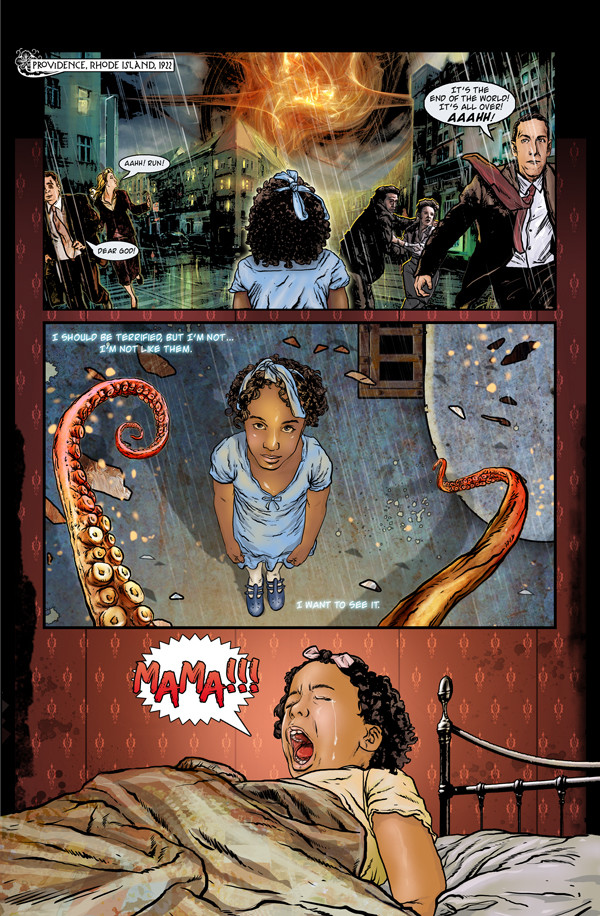 5:00 am on Thursday May 12, 2011 | Posted by
Local artist acquires Kickstarter funding for graphic novel

Great ideas happen all the time and even if you have the talent to pull it off, a lot of times it still comes down to one thing: money. Nowadays that problem is a little easier to overcome thanks to sites like Kickstarter. ﻿

Rick Hershey, local artist and virtual Art Studio owner has successfully funded a graphic novel project by using Kickstarter. Rick, along with freelance writer/editor Nikola Jajic﻿ had an idea, "What if, H.P. Lovecraft wrote Alice in Wonderland?" and what followed is the aptly titled, H.P. Lovecraft's Wonderland.

The project was fulling funded yesterday afternoon. Hershey and Jajic's didn't receive just the $2,500 sought; no, it actually topped out at a little over $4,000! H.P. Lovecraft's Wonderland﻿ is the third project the two have worked on together. The first two graphic novels the two worked on, The Big Bad Book

are both very high quality books -but be warned, these aren't kids comics.

We look forward to picking up H.P. Lovecraft's Wonderland﻿ in the near future and think it's pretty awesome that a local has had such success in crowd sourced capital.

Become a fan of H.P. Lovecraft's Wonderland on Facebook. ﻿

Check out the promo video the two made after our brief synopses of just what Kickstarter is.

Kickstarter is A Crowd Funding website designed for artists, writers, and film makers to get the money needed to finally follow through on those long talked about projects. The idea is simple: a person signs up for the site, decides on an amount of money needed, tells their story with videos, blog updates, offers incentive for investors -such as unique prizes, copies of the book or film, name in print, or likeness used in the comic. Then they try to spread the word the best they can using social media. The catch though is, if after the set date for the project and the desired funds aren't raised none of the investors owe a dime.