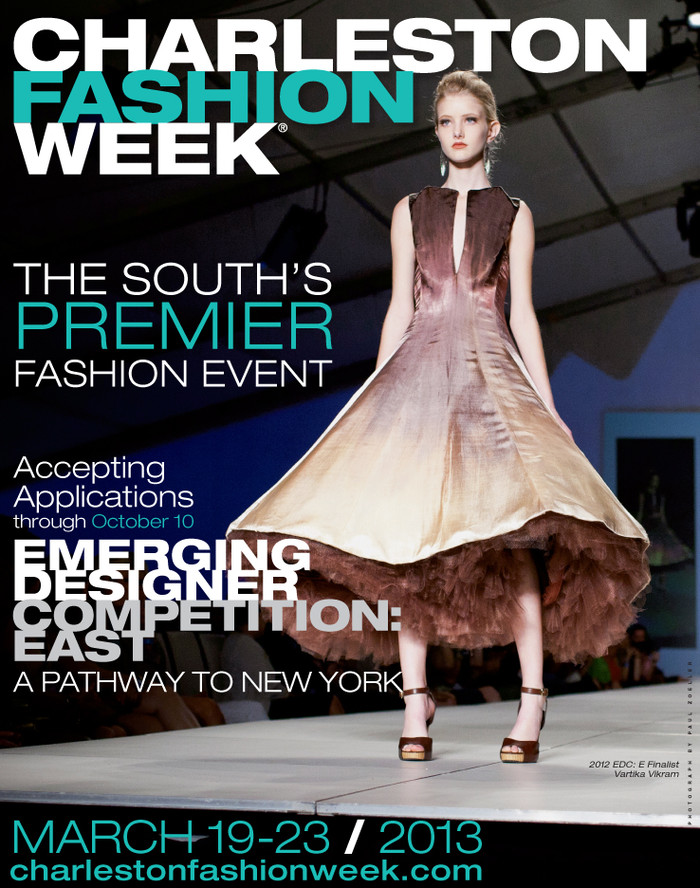 The 2013 Emerging Designer Competition for Charleston Fashion Week is fast approaching and the organizers are putting out a call for entrants.

Officially called the "Emerging Designer Competition: East" will narrow down applicants to 20 semifinalists that will then show their designs from Tuesday, March 19, through Friday, March 22, 2013.

Designers must present collections for Fall 2013, Swimwear/Resort 2014, or Bridal and include 12 looks in total. Semifinalists will be asked to show eight looks the night of their runway presentations.

You can apply online over here — the deadline is October 10.

Here are more details about the competition and prizes:

Each evening during Charleston Fashion Week®, Tuesday, March 19 through Saturday, March 23, 2013, event attendees will have a chance to vote for their favorite Emerging Designer semifinalist shown on the runway. The People's Choice winner will be announced at the end of each evening and will receive a $250 cash prize.

Update October 9: This just in: the deadline for submission to be a part of Charleston Fashion Week's 2013 Emerging Designer competition has been pushed to October 19.