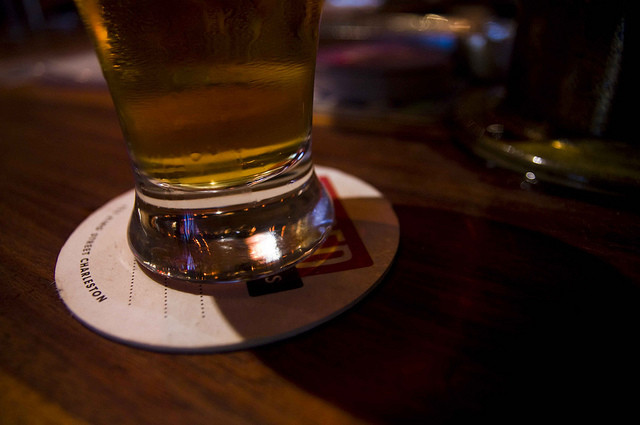 Having 30 taps of mostly craft beer, Closed 4 Business was already one of the best spots to go in town when wanting to broaden your craft beer pallet. Now they've added six more.

With the restaurant on Upper King Street now sporting 36 taps they're hoping to not only make their beer menu more interesting, but to offer more accessible beers in price and by offering beer tasting flights (you know where you get four 5 ounce glasses of different beers?).

"The addition allows us to have a feature tower, which will now hold our flights that changes on a weekly basis and allows us to have 'featured beer,'" said General Manager Bobby Kelley. "These beers will be rare beers, specialties for CFB or one-off brewery specials."

And they're hoping to be able to offer very respectable craft beers offered at prices comparable  or better prices that some of the larger brewery beers. The idea is to offer a beer in each category at $4, making more interesting beer more accessible to college kids and those that might otherwise be intimidated to spend $6+ on one beer.

The selection is scheduled to change regularly but on the flight deck now is pales, pilsners, and lagers in an arrangement dubbed "Super Summer Sampler," 4, 5-ounce pours for $10.

One of their $4 beers is RJ Rockers Rockhopper (special edition IPA out of Spartanburg, B+ BeerAdvocate, 7.5% ABV)

Also, we'll have to do a little digging, but this may well give C4B one of the largest tap selections in town.