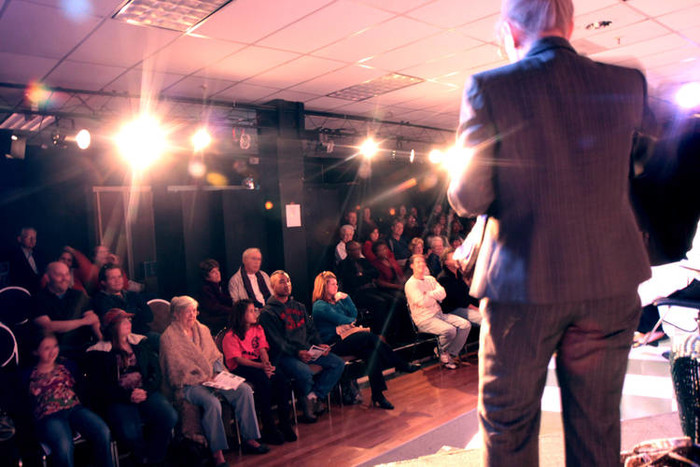 Open casting call @ ARTworks January 11 & 12, 7pm. Roles are available for all ages, races, and levels of experience in productions of "Catholic School Girls," directed by Gail Westerfield in March, "Picasso at the Lapin Agile," directed by J.W. Rone in May / June, and staged readings of "The Exonerated" and "The Pillowman" in February. ARTworks, and its 120 seat Black Box Theater, is located in Beaufort Town Center, on Boundary Street along K-Mart and Bi-Lo. 843-379-2787 and http://www.beaufortcountyarts.com/theater.htm.ARTworks is a stronghold for community theater, with a welcome mat specially for people who'd like to try out the stage for the first time. In the past few years, the theater has engendered two new theater companies, Misspent Youth Productions and the Palmetto Theater Xperiment (both will be at the auditions) producing crowd-pleasing and heart-moving productions: Steel Magnolias, Quilting the Sun, the Dining Room, Talking With, and an original piece written and performed by Natalie Daise. Season tickets (and tickets to all theater events) are online now. Additionally, a class for children ages 6-9 begins January 26th, with Heather Denardo, who appeared most recently in Quilting the Sun: ﻿

Theatrical Movement ~ Performing Arts
Heather Denardo, Instructor ~ Ages 6-9
Class Meets on Thursdays beginning January 26th
One of the most vital and least explored skills in basic theater is movement! In this class, designed for youngsters ages 6-9, we will explore various types of movement from inanimate objects to aliens and everything in between! Starting, literally, from the ground up, students will gain a sense of self-awareness and body control that will help them create believable and realistic performances for our showcase!