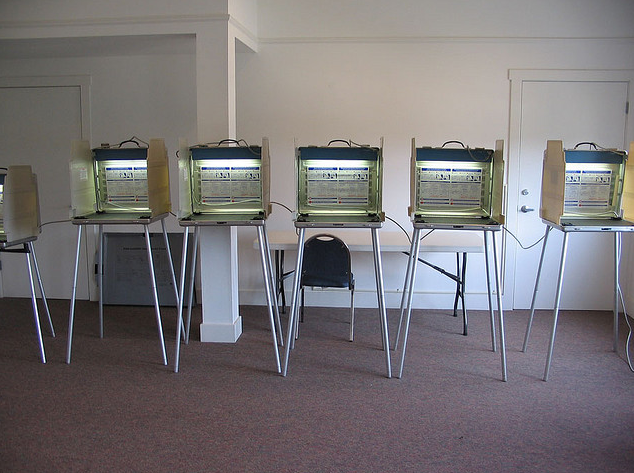 11:45 am on Wednesday July 20, 2011 | Posted by Ian Leslie
Beaufort voters receive a bit of a tongue lashing from Board of Elections

So we're going to file this one under slightly odd.

You likely saw or heard about Tuesday's special election for Beaufort City Council. George O'Kelley was the victor among the 12% of voters who actually turned out to vote.

That 12% turnout has drawn the ire of the Beaufort County Board of Elections Facebook page.

Since that page only has 29 'fans' or 'likers,' we figured why not give their criticism a bit broader of an audience.

Here's what they said this morning:

This morning we give a big thank you and credit for a job well done by the poll workers who made yesterday's City of Beaufort special election possible.

We also give kudos to the 12% of the eligible voters who exercised their right to cast a ballot.

To the other 88% we ask, "where were you and why do you not care about who represents you and makes decisions about how your tax dollars are spent?"

While we do agree that the 12% turnout was particularly lame, is it the place of the Board of Elections to criticize? Just sorta feels odd.

And again, while 12% is just dismal, is it really that out of whack with what we have come to see from Beaufort's electorate ﻿over the years? A regular election for mayor back in '99 only drew about 30% turnout.

A special Bluffton Town Council election in 2008 only drew about 17%  turnout. Special elections tend to draw lower turnouts not just locally but across the nation.

But should the source of the criticism of those not voting be the entity tasked with handling the votes?

If they are, they shouldn't do it without at least taking a look in the mirror to see how they themselves worked with the local government entity to promote the election and to get the word out.