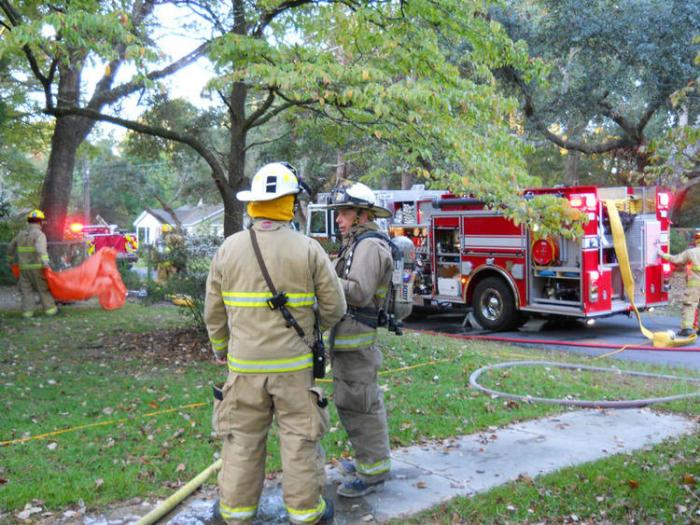 Submitted
A scene from the Meritta Avenue fire.

The first fire occurred in the 400 block of Meritta Avenue just before 7 a.m. According to firefighters the fire started in the fireplace as the homeowner was trying to burn construction debris produced by some non-permitted remodeling work.

The second blaze came at 9:11 a.m. at the Lafayette Squares Apartments in the 2200 block of Lafayette Street. Fire crews found a kitchen fire that threatened to expand in an apartment of Building D. Firefighters rescued two dogs from the apartment under heavy smoke conditions. Paramedics from Beaufort County EMS took care of both pets and ensured they did not suffer from smoke inhalation. Both animals are healthy.

The Palmetto Chapter of the American Red Cross responded to apartment fire to assist the tenants with replacing their personal items. In responding to that blaze, Beaufort/Port Royal Firefighters were assisted by units from the Burton Fire District, Beaufort County EMS and the City of Beaufort Police Department.

Leaving one or more pots unattended on a stove increases the possibility of a fire. According to the National Fire Protection Association, kitchen fires are the leading cause of house fires in the United States.

Further, with colder weather coming, homeowners should ensure their fire place is serviced and maintained between seasons. Never use a fireplace to burn anything but natural firewood or other fuels approved for that specific type of fireplace.