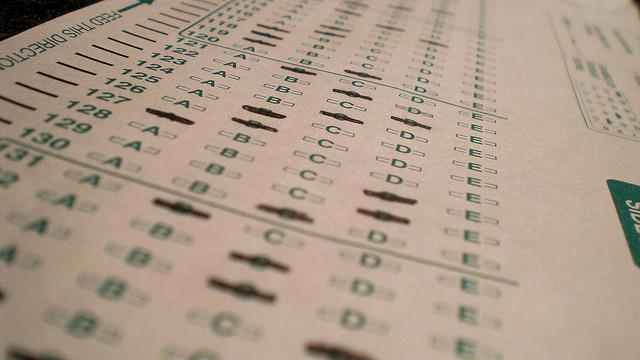 High school seniors in Beaufort County's class of 2012 posted scores on the ACT college entrance exam that matched the state average and changed little from the previous year.

The district's overall average score for 2012 seniors was 19.9, down 0.2 from last year. Statewide, average scores for public school students remained unchanged at 19.9.

382 Beaufort County School District 2012 seniors chose to take the ACT, up from 306 three years ago but still less than half the total that take the SAT. Colleges generally accept scores on either test when considering applications for admission.

Below are more details about the scores from a release.

Since 2009, the number of ACT test-takers in Beaufort County has increased by 25 percent. ACT officials say that a growth in student participation is usually accompanied by a downturn in scores, yet Beaufort County scores have changed little in the past three years.

The ACT is a curriculum-based achievement exam designed to measure the academic skills that are taught in schools and deemed important for success in first-year college courses. The SAT is an implied learning test that measures how students think based on their experiences both in and out of the classroom setting.

Truesdale said that Beaufort County students are encouraged to take "practice" SAT and ACT tests – the PSAT for the SAT and the PLAN for the ACT – to see which of the two college entrance exams is a better reflection of their knowledge and academic skills.