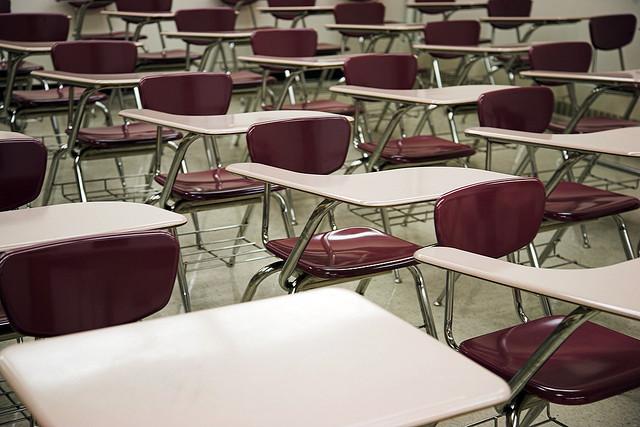 Flickr user dcJohn
More desks will be filled at the charter school.

For every student that the largely independent Riverview Charter School enrolls, it costs that school district and tax payers some $8,000.

While for every public school child enrolled the money will be spent regardless of where they enroll, the outcome of a recent lawsuit means the Beaufort County School District will have to prepare to spend an extra $608,000﻿ to fund the school next year.

The charter school and district went to the U.S. District Court in Charleston to sort out a dispute where the district said the school could enroll no more than 342 students this year and the school said it was entitled to enroll all 380.

Well, Judge Sol Blatt, Jr,. ruled in favor of Riverview Charter School﻿ and allowing 380 students this past year, and upping the number to 456 students for this coming school year and 494 students for 2013-14﻿.

However, the resolution foretells another debate as the 2013-14 school year approaches and the school and district again but heads over class size and diversity.

In 2011 the district raised concerns over the school's diversity and repeated that concern in a press release sent about the federal court ruling, Board of Education Chairman Fred Washington, Jr.﻿﻿, said “We hope that the addition of 114 students for next year will provide an opportunity for Riverview to do a better job of meeting the requirements of its charter and become more representative of the diverse community it serves."

The school notes that it has received more than 600 new student applications for the 2012-13 school year, and new student enrollment is ongoing through February 7.