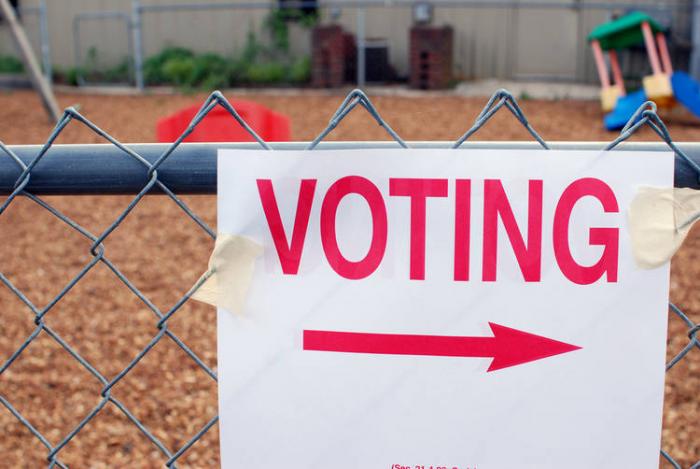 The court further wrote that, "At the present time, the practical effect of this declaratory judgment is as follows: For the 2012 election cycle, the state committee of the Republican Party of South Carolina, a certified political party which received at least five percent of the popular vote in South Carolina for its presidential candidate in the 2008 General Election, has decided to hold a Republican Presidential Preference Primary Election on January 21, 2012.

"The only other political party in South Carolina which is eligible to conduct a Presidential Preference Primary is the South Carolina Democratic Party. Thus far, it has not decided to conduct such a primary.  If it decides to do so, the State Election Commission and the County Election Commissions will also be required to conduct such a primary pursuant to the above set forth provisions of state law.﻿"

You can read the full ruling here.

The county election commissions have until Friday to ask for a review, and The Island Packet writes that debates are still happening internally about what to do and how costs can be cut.

The primary is on January 21.

Update November 16: Arguments were indeed heard by the S.C. Supreme Court on Monday and a ruling could come as early as next week.

However, during the hearing, justices expressed frustration that they are in some ways being asked to make a clearer law where the Legislature failed to do so.

We'll be sure to keep you posted.

Update November 14: Oral arguments are due to be heard Monday.

Update October 19: No surprises here, the disagreement is headed to court.

Headed to the S.C. Supreme Court thanks to a lawsuit filed for the election commissions in Beaufort, Chester, Greenville and Spartanburg counties﻿. But there's no word on when the court if or will here the challenge — something that could cause confusion as the January 21 GOP primary in South Carolina fast approaches.

I'll point you to The State's report for the latest on the debate and the details of the lawsuit: take a read here.

Update October 12: Beaufort county election officials ﻿are still unhappy with the proposed compromise by the state GOP and the continuing absence of a clear legal mandate and have signed onto a lawsuit that seeks to settle if the 2008 primary law applies in 2012.

The Island Packet has a brief update on the matter that you can read here.

Update October 6: After the S.C. GOP stepped up their primary to January 21 to stave off Florida's bid to be the first in the South primaries, the state Republican party is also putting to bed the debate over who will fund the S.C. Republican primary.

Who? The Republicans will at an estimated cost of $1.2 million.

But The Island Packet is reporting that while county election officials are happy to hear of the deal, they still have concerns about the vague language of the agreement and the absence of a legal mandate to run the primaries; check out their report here.﻿ ﻿

Update September 26: Opposition to paying for the 2012 primaries is no longer coming alone from Beaufort County's election board but has seen numerous other counties adopt a similar position.

Moreover the Spartanburg County Council has approved a measure to file a lawsuit against the state Election Commission﻿ to block any requirement that the counties must fund the primaries.

The debate will pick back up on Wednesday, September 28, when the Beaufort County Board of Elections and Registration meets. If you would like to attend it will be at 2 p.m. at the Finance Department's conference room, 102 Industrial Village Road, Building 2.

Update September 20: The Beaufort election board has seen some backup from GoUpstate.com (the online home of The Spartanburg Herald Journal) in the form of a strongly worded editorial.

The paper also balks at the use of taxpayer dollars in an event where the GOP has sought to prevent non-Republicans from participating.

Take a read over here.

First reporting September 8: The Beaufort County ﻿Board of Elections and Voter Registration ﻿is balking at the state Election Commission's requirement that counties run the 2012 primaries.

In years past the political parties themselves had run primaries in South Carolina, but that all changed in 2008 when the state Legislature passed a bill requiring the high-profile primaries of both parties be run by the official election commissions.

However the leaders of Beaufort County's commission are saying that law only applied to the 2008 election and that having to run the 2012 GOP primary is an unfair tax burden on the county.

The Island Packet has a nice rundown on the conflict; read it here.

Look for this issue to evolve further at the September 12 county council meeting.

As for the pertinent part of the law, it reads: "For the 2008 election cycle, if the state committee of a certified political party which received at least five percent of the popular vote in South Carolina for the party's candidate for President of the United States decides to hold a presidential preference primary election, the State Election Commission must conduct the presidential preference primary in accordance with the provisions of this title and party rules provided that a registered elector may cast a ballot in only one presidential preference primary. However, notwithstanding any other provision of this title,
(a) the State Election Commission and the authorities responsible for conducting the elections in each county shall provide for cost-effective measures in conducting the presidential preference primaries including, but not limited to, combining polling places, while ensuring that voters have adequate notice and access to the polling places; and
(b) the state committee of the party shall set the date and the filing requirements, including a certification fee. Political parties must verify the qualifications of candidates prior to certifying to the State Election Commission the names of candidates to be placed on primary ballots."

You can check out the whole bill over here.