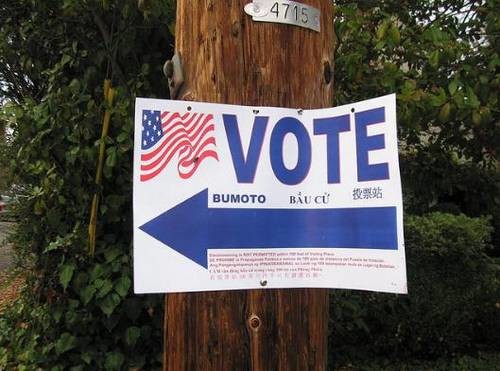 Updates at the bottom.

You may have seen our post on the WSAV story that discussed concerns expressed by the head of Beaufort County's elections office because absentee ballots were requested through a GOP PAC and not by voters directly.

Well WSAV's Holly Bounds absolutely killed it by going up to Columbia to interview the head of the SC GOP, Joel Sawyer, who used to be Gov. Mark Sanford's top spokesman (that is before Argentina happened.)

You must check out Bounds' story here and the video below. Just to tease it a little, Sawyer calls Beaufort County Elections Director Scott Marshall "a fella who doesn't like the extra work."

Update, October 22: Beaufort County Elections Director Scott Marshall has responded back in an e-mail release blasting the Republican group known as SC Victory 2010 for a ltenany of problems from ulterior motives to quality control saying, in part, there are "no quality controls in
place ... we have received requests from applicants who were born in the
future, applicants who do not exist ...  In one
case, we have a request from an applicant who professes to have been
born on the 57th of March."

Get the full e-mail over at WSAV.

Update, October 23: And the back and forth continues. WSAV has another report, the most interesting bit of which is a weight in from the formal South Carolina Elections Commission, that sides with the Beaufort director; take a read here.

The prior video report by the station is shown below.