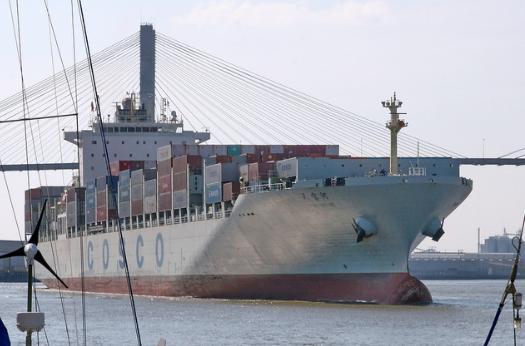 12:40 pm on Tuesday November 16, 2010 | Posted by
Army Corps releases report on dredging Savannah River. What does it mean for Jasper port? (p.m. update)

Afternoon update: The Associated Press has offered the first real coverage of the release of the Savannah Harbor dredging study.

The AP basically leads with the Corps' assessment that the dredging will have negative environmental impacts, but that those can be offset. You can check out the AP story here.

As expected, the AP already has caught up with the Coastal Conservation League, which is expected to be a key player as the harbor dredging proposal moves forward.

Reported noon today: The U.S. Army Corps of Engineers has issued a huge report/assessment (technically known as an Draft General Re-evaluation Report (GRR) and Environmental Impact Statement (EIS)) on dredging the Savannah Harbor from 42 feet to a maximum depth of 48 feet.

If you haven't kept up with this, this dredging is necessary if the Savannah Port is going to be able to receive post-panamax ships come 2014.

This is a huge report, both in size and impact for the Georgia and S.C. sides of the Savannah River. Read more on the joint S.C.-Ga., Jasper County port debate here.

So what does the Army Corps report say? Well we couldn't possibly digest the whole thing in the hour or so it's been out, but as far as the dredging and who's going to pay for it, the report says Georgia can dredge, as long as it's willing to help foot the bill.

More specifically, Georgia will have to foot a quarter of a the bill for going from 20 to 45 feet, and 50 percent of the cost of going beyond 45 feet.

A stock press release from the Army Corps also is available here.

So what does all of this mean for the future of a Jasper port? Well it's going to take a whole lot more digesting of this report and political wrangling before anyone is able to answer that question, but stay tuned.