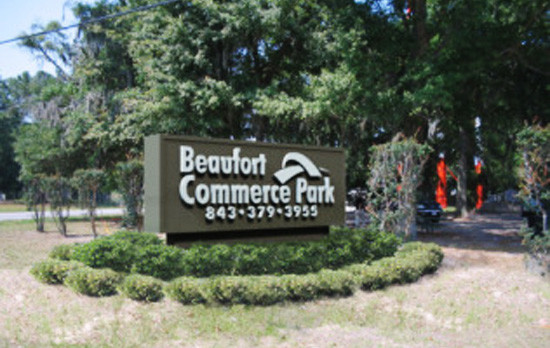 Update April 29: It's morning and you know what that means: It's time for your Beaufort Commerce Park update.

Today we have a pair of interesting tidbits via Bluffton Today.

First up is a piece that notes the next chapter comes Monday, May 9, when the Finance Committee﻿ meets just hours before the full council to debate what should be done with the new appraisals (as noted below, a change in they county's offer to buy would likely reset the council reading count.)

Next is a humorous if rather sad piece that compares the commerce park purchase debate to an episode of Antiques Roadshow﻿ with folks debating on the value of an fairly foggy asset, and the paper goes into why it's just so hard to know what the park is worth— read that piece here.

Update April 27: The Island Packet has penned a decent column on the matter and why Beaufort County Council was right to delay.

You can read that column here.

I'll put in a general disclaimer that I take issue with some of their phrasing and minor points, but I think there's a really solid overall point in it: The argument to buy the park and save the Lowcountry Economic Network have become synonymous, they should be separated.

Should the commerce park be a loser, we should let it be foreclosed on and the if council deems the network to valuable to lose, it should back it up with funds if or when a deficiency judgment ﻿of some $700,000 comes.

Update April 26, back to committee: As expected, the commerce park's appraisals were sent to committee for evaluation.

Even if the governmental committee ﻿says the original $2.5 million purchase price is acceptable a third vote by full council would be close to the foreclosure date, and should the committee decide a different purchase price is better it may take another full three readings to approve purchase.

And that delay does not currently bode well for the Lowcountry Economic Network's future.

The Island Packet has a nice report from yesterday's meeting (read that here) and for info on how the commerce park thread could unravel the economic network, read below.

Update April 25, tick tock: Today's council meeting at 4 p.m. was to be the thirds and final vote on the matter but a pair of low-ball appraisals will likely stall a vote.

The scenario is one of a time battle: Will the full council get feedback it needs to vote and perhaps buy the park if they refer the matter back to the governmental committee before the banks move against the Lowcountry Economic Network to foreclose on the park? And if that is allowed to happen will the as much as $700,000 difference or more effectively end our county's economic development for the near future?

Look for the variables to get in motion tonight. Check out the full meeting agenda here.

Update April 18, foreclosure?: The commerce park may soon face a foreclosure auction — a move that could well sap strength from the county's other economic efforts.

Once again, here's a link to The Island Packet on the latest in the park saga.

One wonders if $2.5 million worth of newsprint and pixels has been spent on the coverage of this story yet.

Update April 15, too soon?: The Island Packet published an editorial about the property value today, claiming that it is too soon to be "talking about a purchase decision."

Check out that article here.

Update April 15, dropping value: More bad news for the proposed deal to buy the Beaufort Commerce Park﻿: its value has dropped by as much as half in the last pair of appraisals.

And both sets of tea leave-readings put the park's value well below the previously proposed $2.5 million purchase price by the county -- which is how much the public-private Lowcountry Economic Network ﻿owes.

Head on over to The Island Packet to read about this one.

Get up to speed in the updates below, and remember that a final deal is expect to be pitch by the end of April.

Update April 11, end of the month: It looks like County Council will make a definitive decision by the end of the month about whether to purchase Beaufort Commerce Park or not.

According to a report issued by The Island Packet, the council are close to receiving all of the extra information about the land's value that they had sought before putting it to a vote. The information of most interest was the new appraisal values that were given to the property.

Head over here to give that report a read.

Update February 26: After a public buyback of an under utilized Beaufort Commerce Park proved too politically unviable for Beaufort County Council, hopes are high that banks might be willing to pick up the property.

Appraisals as recent as 2009 pegged the property's value at $3.75 million, and the Lowcountry Economic Network owes $2.5 million. Which at first seems like it would be easy to get the amount owed from a bank, but the county council was unwilling to shell out $1.5 million for it and the whole situation was created by an as yet lack of demand.

So the big question is: Will the banks see opportunity where public government hasn't? If they do (and they're right,) the government may yet wind up paying twice for the land as demand picks up.

At any rate, read a report about the latest at Bluffton Today and this FAQ.

The Island Packet also has a noteworthy report.

Update February 25: An article in the Island Packet today reported that the Beaufort County Council is planning to meet in Bluffton today to further explore the proposed purchase of the Beaufort Commerce Park.

The status of the Lowcounty Economic Network's loan is also on the agenda to be discussed, as is a new proposal put forth by Councilman Rodman. Under Redman's idea, the County Council would purchase one lot and give it to the first company who is able to move in and guarantee a certain number of jobs.

First reporting: Beaufort County Council members have emphatically denied any claims of a conflict of interest concerning councilmen Jerry Stewart's membership on both the county council and the board of the Lowcountry Economic Network.

Council members are currently considering the purchase of the Beaufort Commerce Park from the Lowcountry Economic Network for $2.5 million. The LEN have owned the property since since 2006 after being granted a loan for their endeavor. But the organization is reported to no longer be able to handle the debt from the purchase, and is as a result attempting to sell the land.

To read the Island Packet's story, head over here.