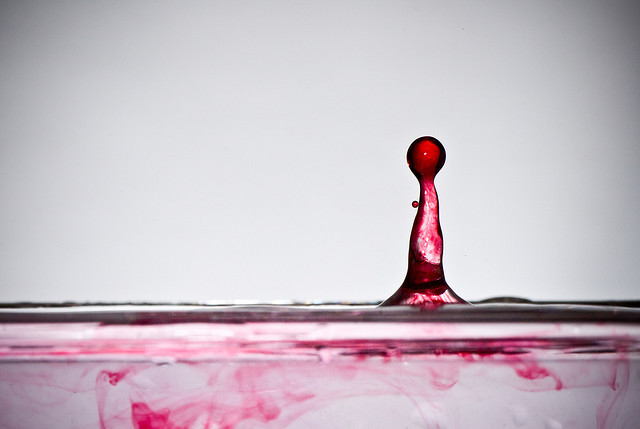 12:49 am on Monday September 26, 2011 | Posted by Ken Hawkins
The Beaufort River runs red today, and it could mean more oysters

If you're lucky enough to spend sometime on or near the Beaufort River today, don't fret if it should turn an ominous shade of red.

(Well, don't fret right away, but I'd still take a look around for any local predators, but that's just me. -Ed.)

The S.C. Department of Health and Environmental Control and the U.S. Food and Drug Administration will be injecting harmless red dye into the Beaufort River today, September 26.

The red dye acts as a tracer and will be injected near the Port Royal Marina. That dye will then be used to measure where the nearby Port Royal Wastewater Treatment Plant's treated discharge water travels during different tide levels.

The results of the test could also soon allow more shellfish beds to open in the area, below are more details from a release.

State health officials and water quality experts will inject red dye to parts of the Beaufort River starting Monday morning to see if any areas can be opened for additional shellfish harvesting.

Local areas to be tested include all navigable waters along the Beaufort River to include smaller creeks and water extensions, beginning near the McTeer Bridge, that flow northward to approximately Brickyard Creek, and southward toward Port Royal Sound.

"We want to be sure our residents are informed about these tests so they don't worry too much if the river looks a little different when the dye is put in," Beaufort Mayor Billy Keyserling said. "We value our waterways and we have lots of people who keep a close eye on the water quality. In this case, a red river is a good thing."

Injection of the Rhodamine WT dye is expected to temporarily change the color of the water to a bright red color for possibly several hundreds of feet, lasting a few hours to an entire day. The brightness will fade as the dye dilutes with the river's flow and should be gone after a day, DHEC said.

The Chowan, Distant Island, and Wallace creeks have the most harvestable shellfish, mainly eastern oysters and hard clams. The SCDHEC Shellfish Growing Area 15 extends north–south from McCalley Creek to Port Royal Sound and any impact of the dyed effluent on these areas will be examined in this study, DHEC officials said.

Test preparations begin Sunday with the actual dye injection set to start at 7:30 a.m. Monday. Additional dye tests and monitoring will continue through Tuesday, with Wednesday set as the "rain make-up day" should it be needed.

﻿ DHEC says the dye should be diluted by the end of Tuesday.