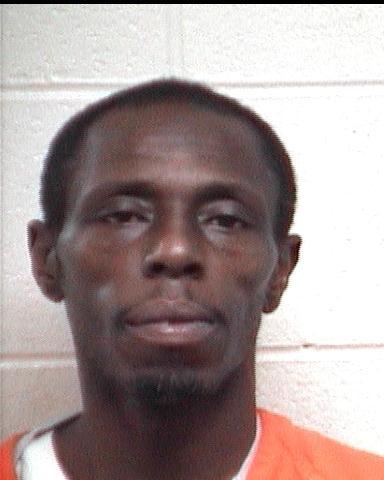 An interesting press release has made its way over regarding an attempted robbery last night at the Food Lion on Lady's Island.

Below is the full release from the Beaufort County Sherif's office, but, basically, the would-be victim fought off the gun-toting suspect, who then later spotted him when offering his description to police.

Forty-one year old Shawn Treven Wallace was arrested moments after attempting to rob 47-year old John Hudson at gunpoint outside Food Lion (10 Sam’s Point Rd). Just after 10 pm last night, Sheriff’s deputies responded to the parking lot of Food Lion in reference to what was initially received as a report of found property.

Upon arrival, deputies met with the complainant, Hudson, who advised that he had just been the victim of an attempted armed robbery at the rear of the store. Hudson reported that he’d been retrieving discarded scrap produce from a bin behind Food Lion when he was suddenly approached by a black male armed with a handgun.

Hudsonstated that he immediately struck the suspect in the arm, causing him to drop the pistol. Hudson was able to take control of the weapon and flee the area, at which time he contacted law enforcement. As Hudson was providing a description of the suspect, he noticed an individual walking through the parking lot that he recognized as his attacker.

Deputies made contact with the subject, Shawn Treven Wallace, who was positively identified by Hudson as the suspect from whom he’d taken the gun. Wallace was placed under arrest for Attempted Armed Robbery and Possession of a Firearm during the Commission of a Violent Crime. Following his arrest, Wallace was also found to be in possession of a small quantity of marijuana for which he was charged with Simple Possession of Marijuana.

The weapon used in the incident was collected from Hudson. As the investigation continued, it was discovered that the pistol’s serial number had been obliterated. Wallace was subsequently charged with the offense of Possessing a Firearm with Obliterated Serial Number.