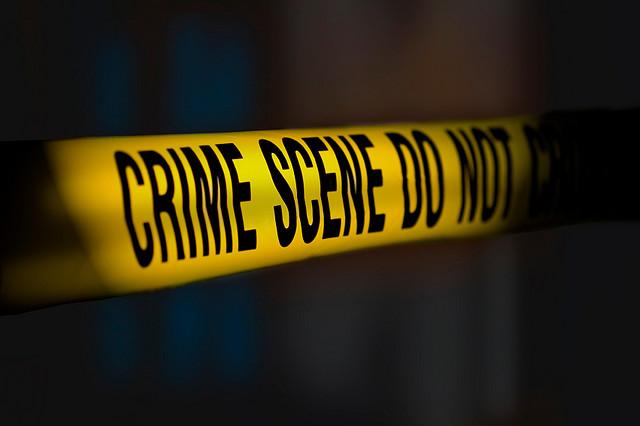 Update January 19: WSAV's Holly Bounds has a report on a community effort to get Solicitor Duffie Stone to raise the charges against Preston Oates to murder.

Apparently about 25 people will be circulating a petition throughout the community to try to get Stone to raise the charges.

You can see Bounds' video report below:

Update January 18: So you remember that video we were telling you about last week? Well the Olivera family has released it to WSAV, which put it on the air last night.

You can check out the video at the bottom of this story.

As WSAV's Holly Bounds states, the video is indeed grainy, but she does a good job of trying to explain what you're seeing.

Meanwhile WTOC has a report that the Olivera family has been distributing a copy of the video to as many people as they can to try and make their case.

Update January 15: WSAV has a video report from yesterday's probable cause hearing. You can see it below.

Also, The Island Packet has updated its site with a full story from the hearing, where the big news was that there is a video showing details of the Christmas Eve shooting. Check out the Packet story here.

7:30 p.m. January 14: WSAV has a statement released by Oates' family and apparently penned by his mother.

You can check out the full statement over at WSAV's website.

Update January 14: The Island Packet has breaking news from a probable cause hearing that was held this morning.

The news includes testimony regarding video taken during the incident. Head straight on over to The Island Packet for its coverage of this morning's hearing.

Get the latest here.

Update December 28 afternoon, no bail: Oates will be held until at least January as he awaits a bail hearing the week of January 24.

The Island Packet has a report, as does Bluffton Today.

Update December 28, more details: Bluffton Today has a report that rehashes much of what's already been covered below, but notes some new details about the arrest and the bad parking situation in the neighborhood.

Take a read of the report here -- I also found the comments on this one to be unusually informative and non-rant like. The Island Packet also has a report with a few more details.

There's also a tale of the odd when an alert man in the neighborhood retrieved his guns in defense and accidentally shot himself.

Update December 27, arrest: Preston Oates, 27, was arrested at 5 p.m. today and charged with one count of manslaughter and possession of a weapon during the commission of a violent crime.

In South Carolina conviction of a homicide carries a penalty of 2 to 30 years. State law defines the difference between manslaughter as "the unlawful killing of another without malice, express or implied" while murder as being more intentional, "killing of any person with malice aforethought, either express or implied.."

A conviction of possession of a weapon during the commission of a violent crime carries a penalty of up to five years.

Update December 27, pending: The Island Packet has a follow up report that rehashes what was largely already known; read the report here.

It looks like the Beaufort County Sheriff's department is playing this one close to the chest until they're done with their investigation, something that will take an unspecified amount of time to complete.

A blogger on BlufftonToday.com has recounted several of his parking experiences that give a good feel for the nature of the parking enforcement; take a read here.

A side observation occurred to me this evening: Given the neighborhoods new nature and tight regulation the rigid parking enforcement will likely be the cause of the neighborhood's worst crime stat.

There's a lot of details in this one and a lot that has yet to emerge as the police report is still pending -- some notable facts are Oates' lengthy arrest history, and questions of whether Olivera (who was shot multiple times) was shot in the back.

I'll point you to Bluffton Today's report, but The Island Packet also has one.

Parking has proved to be a contentious and tightly regulated affair in the neighborhood.

A document from the Edgefield Board of Directors states: "Any motorized vehicle parked on the street or grass in the community at any time will be towed. ... The current rate to retrieve a vehicle is $300.00 PLUS the cost of storage if applicable. The towing company will start routine patrols on FEBRUARY 1, 2009. IF YOU HAVE TENANTS OR GUESTS, IT IS YOUR RESPONSIBILTY TO NOTIFY THEM AS THESE PARKING REGULATIONS WILL APPLY TO ALL VEHICLES IN THE EDGEFIELD COMMUNITY."