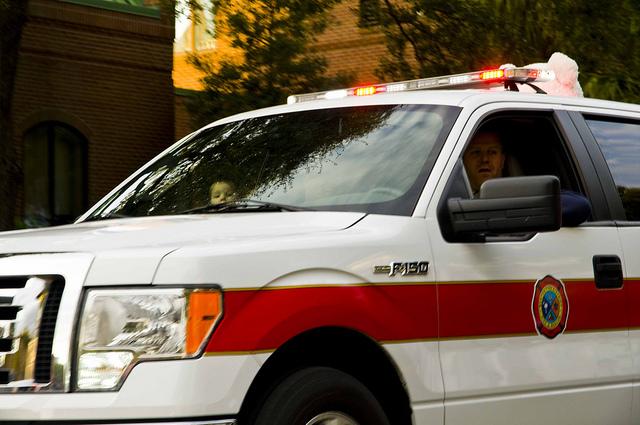 Update February 19: An autopsy has revealed that Pryor died of a self-inflicted gunshot wound.

The Island Packet has a follow up report with a few more details; take a read here.

Update February 15: Not too much new this morning.

The Island Packet has a slightly more flushed out report than the one from last night; read it here.

You can also read The Aiken Standard's report on the fire in Aiken over here.

Update February 14, evening: More details are trickling in, ones that deepen concerns.

Seems Pryor was going through a bad divorce and was said to have made threats. Officials are also worried that Pryor may have set the blaze at his $500,000 Aiken home.

WTOC 11 has a solid report; read it here.

The Island Packet has a similar report, and the two differ in one big regard: WTOC says that Aiken fire had a fatality and the Packet says no one was injured. (Update: Seems WTOC was in error.)

Update February 14, afternoon: Details are still sparse, but there's a bit more context in a report from Holly Bounds over at WSAV.

Takeaways are the wait on autopsy for more results about the cause of death and how both fires are being treated as suspicious; read the report here.

The wildcard here seems to be that another place Pryor was connected to in Aiken also burned Sunday, and state law enforcement is looking into the matter.

The Island Packet has the better report I've seen; read it here. WTOC 11 also has a short video interview from the area, but not of the home; watch that here.