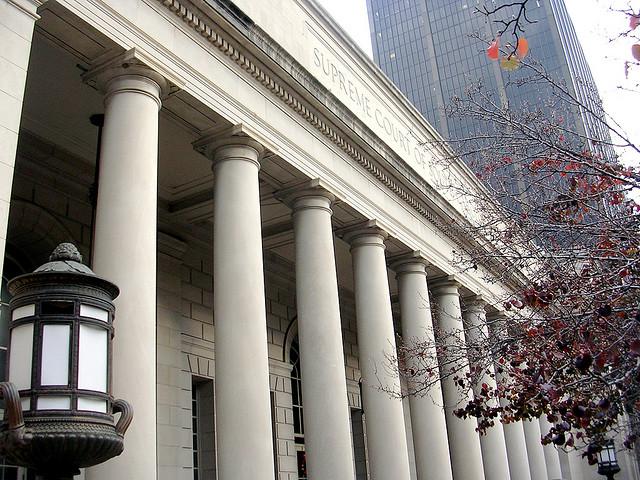 9:22 am on Tuesday November 9, 2010 | Posted by Ken Hawkins
Lowcountry municipal judge removed from office after 'appearance of impropriety'

Remember the case of Beaufort Municipal Court Judge Mary Sharp who had an incident in downtown Beaufort on Bay Street where police had to stir her to alertness and she "nudged" one of the officers and the city didn't take a serious look into it?

Well that's not what this piece is about.

No this one is about St. George and Cottageville Municipal Court Judge Michael Evans who has been removed from office by the S.C. Supreme Court after he shared a hotel room with a woman who was later charged with possession of
drug paraphernalia, and where Evans then enrolled the woman in an alternative sentencing program.

The Supreme Court then decided Evans needed to go as he has "violated the Canons of the Code of Judicial Conduct" including rules that a "judge should participate in establishing, maintaining, and enforcing high standards of conduct" and a "judge shall avoid impropriety and the appearance of impropriety in all activities" and that a "judge shall respect and comply with the law and shall act at all times in a manner that promotes public confidence in the integrity and impartiality of the judiciary."

While the cases of Evans and Sharp are apples-to-oranges in that one involved an official charge that was later dismissed and in the city can't remove judge Sharp, the case of Evans' removal certainly holds concern for Beaufort as without a proper look at the situation us in Beaufort will continue to have questions and pundits like myself will continue to raise questions in pieces just like this.

You can read the court's full ruling over here.

And even it the city continues to gloss over the matter, the state's Office of Disciplinary Counsel may pick up the matter of Sharp as the issue of Evans was first handled way back in 2008 -- that is if anyone has filed a complaint with the office.