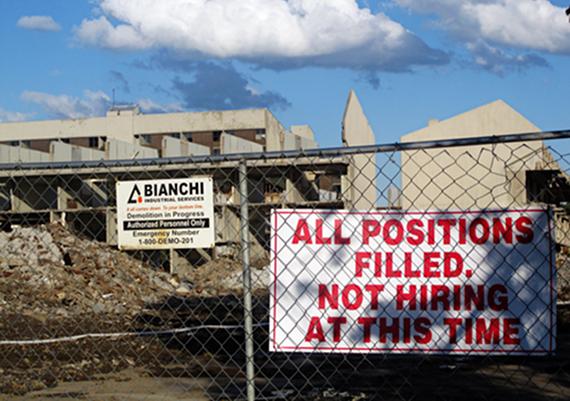 7:31 am on Friday August 19, 2011 | Posted by Ken Hawkins
As South Carolina's unemployment continues to rise, Beaufort's edges down

Overall the state went from 10.5% in June to 10.9% in July, according to a news release from the SC Department of Employment and Workforce. But the Beaufort area improved from 9.6% to 9.5% for the same time period (12th overall).

Blamed for the statewide decrease is a combination of a higher number of people seeking work and a decrease in jobs leading to an increase of 10,000 more employed persons. However, the July nonfarm payroll employment fell by 7,200, a decline  far less than the usual June-to-July average loss of 18,000.﻿

However, the total July 2011 jobs count is 24,600 higher than a year ago. Private, non-governmental jobs had an over-the-month increase of 6,400 and are above a year ago by 38,000. Only two industry sectors reported decreases in July. Government registered the sharpest decline at 13,600, while Financial Activities saw a modest decrease of 200.

Employment expansions in several industry sectors helped to temper the declines. With retailers making an early push on back-to-school sales and with the tourist season in full swing, the largest gains were reported in Trade, Transportation, and Utilities (+1,700) and Leisure and Hospitality (+1,400). Education and Health Services also reported a healthy gain of 1,300.

You can read loads of details in the data release over here.