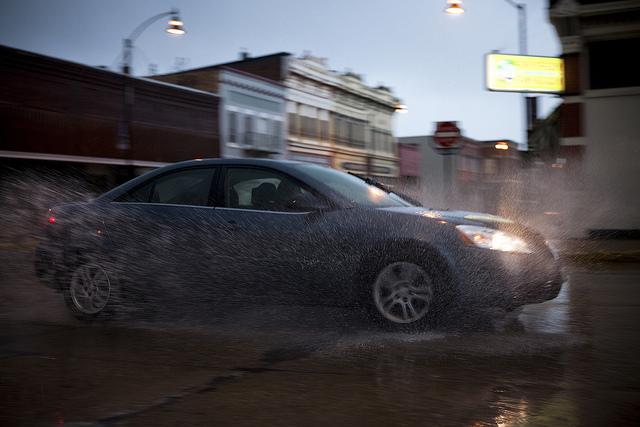 4:29 am on Wednesday January 26, 2011 | Posted by Ken Hawkins
Much rain on the way for Tuesday in Beaufort (update: storm totals)

Update January 26, storm totals: If you're curious how much rain fell yesterday, here are the totals from the National Weather Service.

Update January 25, 10 p.m.: It appears power has been restored across the region and most of the rain has pushed out to the Atlantic.

Update January 25, 7 p.m.: While the rain is still pushing out of Beaufort it appears to have sparked a power outage.

Currently some 1,000 homes are without power in northern Beaufort County.

Update January 25, 11:30 a.m.: So far we've gotten light showers but the bulk of the rain is still churning our way.

But it remains to be seen just how much will hit us in Beaufort. Stay tuned and keep those galoshes near.

First reporting, January 24: A rainy system underway along the Gulf Coast is expected to push into the coastal South Carolina area by mid morning and persist for the next 48 hours bringing some two inches of rain.

On the upside it won't be snow or freezing precipitation.

That rain is forecast to begin falling in Beaufort shortly after 10 a.m. with heavier rain starting around 2 p.m. and will build through the evening, dumping nearly and inch before midnight and another quarter inch throughout the night with showers continuing throughout much of the day Wednesday. And watch out for some lightning on Tuesday night.

But, two forecast and dollar will get you a dollar's worth of whatever you like.

On the upside, temperatures will remain mild with Monday night's lows hitting 43, a high of 59 Monday, low of 52, and high of 59 Wednesday.

You can get the full forecast here. If you'd rather digest in video fashion, check out this clip from The Weather Channel.

If you're the Twitter type keep an eye out for Hilton Head startup @HHIWX for timely insightful weather tweets.