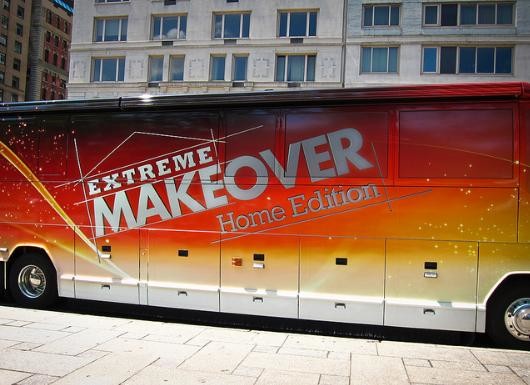 10:26 am on Wednesday January 19, 2011 | Posted by
Extreme Makeover: Home Edition Savannah airs this Sunday night (update: photos from inside the SAV house)

Updated January 19: The EMHE Savannah Facebook page has posted a bunch of photos from inside that house.

There are  two albums up there that you can check out here and here.

That home of course was particularly note worthy because it included a therapy room for little Zoë.

Updated January 14: Remember when Extreme Makeover: Home Edition was in Savannah? That was sooo last November.

Anyway, if you want to check out what they did down there that episode airs at 8 p.m. this Sunday on ABC.

Word is we're looking at a March airing of the Beaufort edition, but we don't have a specific date, yet.

Updated December 17: Watching and reading all about the Extreme Home Makeover in Savannah was nice, but what we all wanted to know is when is it going to be on TV?

I know I'll be watching.

Reported November 19: Unless you've been living under a rock you've heard that ABC's Extreme Home Makeover crew has been in Savannah this week working on a home for the Simpson family.

If you have been under a rock check out our early post which included updates throughout the week.

Well Thursday was the big reveal, better known as the "MOVE THAT BUS" moment, and the Savannah Morning News has been providing great coverage throughout. So check out the coverage here and the video below.

And yes, that is Shaun White and the Georgia Southern cheerleaders you spot in the video.

We also have some WSAV coverage for you under it.