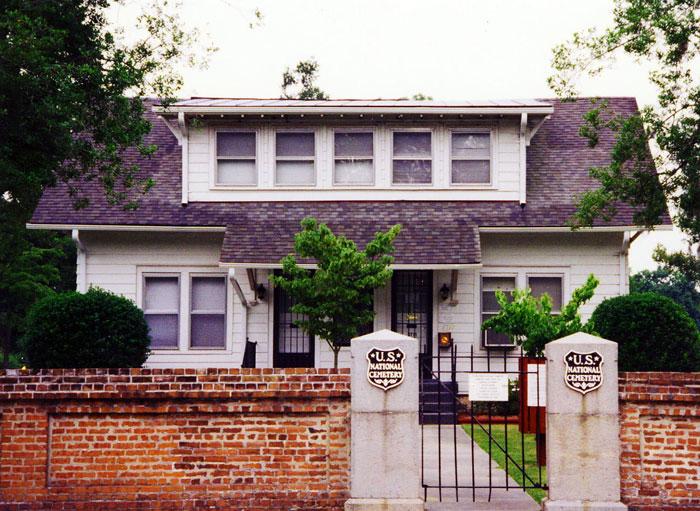 Updated December 23: The work is under way and The Island Packet offers up a before and after look with a photo; take a gander over here.

First reporting: A preservation project to rehabilitate the historic wall (circa 1876) surrounding the original sections of Beaufort National Cemetery is scheduled to begin mid-October and is expected to be completed in early 2012.

The repair work will maintain the historic integrity of the wall, and repairs are not expected to impede visitors to the cemetery or traffic in the surrounding area.

VA awarded the contract to The Tradesment Group, Inc., a service-disabled, Veteran-owned small business from Dublin, Ohio to undertake the repairs.

The Tradesmen Group will hire up to five additional workers from the local area for general labor support to augment the construction crew for the duration of the project. In addition, LowCountry Engineering Consultants, another local company, will be subcontracted to provide a daily inspector, who will monitor construction to ensure contract compliance.

The Beaufort National Cemetery is one of 75 national cemeteries established by the U.S. Army as a final resting place for casualties of the Civil War. The original burials were Union soldiers and sailors relocated from temporary graves in Florida, Georgia and South Carolina. Many are identified only as unknown.

Notable interments include: Col. Donald Conroy, 'The Great Santini;' 19 union soldiers from the famed Massachusetts 54th and 55th Volunteer Infantry units, many of whom were recruited as freed slaves; and Master Sgt. Joseph Simmons, a 25th Infantry Buffalo Soldier who fought in World Wars I and II. Beaufort National Cemetery is listed on the National Register of Historic Places.