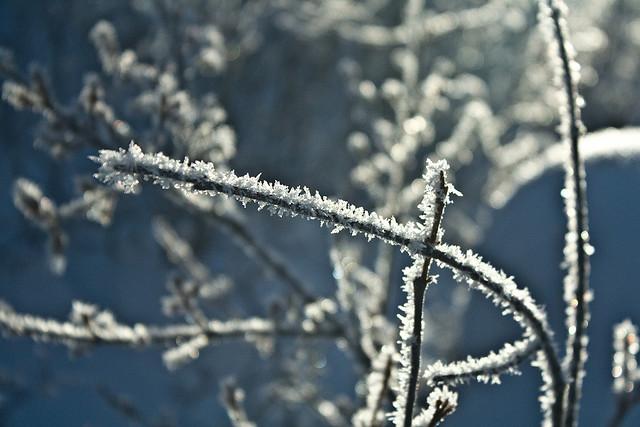 8:21 am on Sunday December 26, 2010 | Posted by Ken Hawkins
Snow looks very probable for Beaufort this afternoon (update: not just yet)

Update December 26, noon: We haven't had any luck with the snow holding on long enough for a touchdown.

"With temperatures remaining above freezing along with the daylight hours providing incoming solar radiation albeit strongly filtered by the dense overcast expect that snow accumulations will be limited," the service said. "Still believe that someaccumulation will be possible this afternoon."

First reporting: We're 24 hours late for a Christmas miracle, but I think kids across the Beaufort area will take the trade.

Forecasters are calling for snow this morning that will increase through noon as rain turns to snow and will trickle throughout most of the day -- up to half an inch of accumulation is expected.

If you're concerned that it's already above freezing, don't be; temperatures aren't rising, they are only expected to fall throughout the day.

"The atmosphere is sub-freezing except for the lowest 1,000-2,000 feet over our area with an even shallower warm layer across the midlands and central Savannah River area," the National Weather Service said. "As the upper trough continues on its eastward trek we have seen an acceleration of the low-level cooling during the last 2-3 hours. An example is the near instantaneous drop from 36 to 32F at Kingstree with a changeover from rain to snow this morning."

So stay glued to that window as we're just on the edge of the snow area and the warmer ground won't let it stick too long.

And don't forget to drive safe.