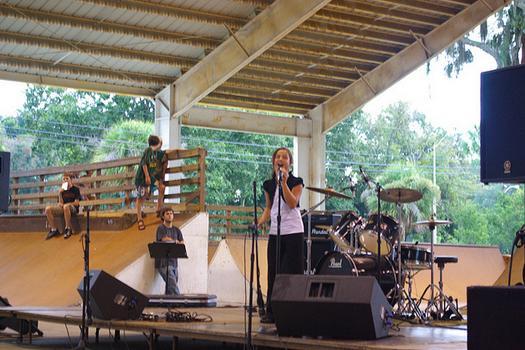 Malia Kaneshige, the 2010 winner of Beaufort's Best Hidden Talent, will perform in Port Royal in May

Season 8 of street music on Port Royal's Paris Avenue kicked off on May 14 and continues every other Saturday through June 25.

All concerts are free and begin at 6:30 p.m. on Paris Avenue﻿, the festival is produced by ARTworks in coordination with the Town of Port Royal﻿.

In case of rain the festival will move inside The Shed, also on Paris Avenue﻿.

After having toured together and independently in the US and Europe with various well-known bands, Tony, Keith & Mark formed The Domino Theory Band in 2007 playing a variety of generes including jazz, motown, R&B, Country and Rock. In 2010 Candace Woodson and the Band connected. Candace was known as a radio personality in Nashville and has performed in Los Angeles, Miami, New Orleans and in many other venues. Known for their dynamic performance, their repertoire offers both cover and original songs.

Saturday, June 25, at 6:30pm ~ Julie Gribble
It just comes naturally for Julie Gribble, writing, singing, and performing. But what she loves most is to inspire, to reach people with her music. With her Traditional Americana/Country Music, Gribble has entranced audiences with her modern stories of life, love and relationships. When you think about the edge of an artist like Lucinda Williams, the melodies of Allison Krauss, and a likeness to Natalie Merchant, you'll find Julie. Audiences connect immediately to the unique lyrics because they're not the same old love cliches. As Craig Ferguson said, on his show about her record, So Typical, "It's Fantastic!"