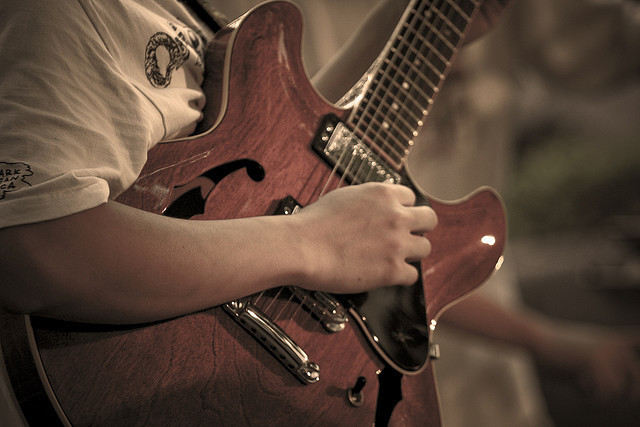 Come down to Port Royal for the 7th season of StreetMusic on Paris Avenue at 6 p.m. on Saturdays, August 14, August 28, September 11, and September 25.

Don't forget to bring a chair.

Here's the musical lineup for each date:

Vic Varner & Friends, Saturday, August 14
When he is not directing the award winning BHS Voices, or the USCB Sharktones, Vic performs solo & with his trio as a singer and guitarist. His style has been described as one of “calm elegance” as he crafts jazz & blues with his acoustic guitar and resonant baritone. The unpredictable but delicious lines of Jevon’s Daly’s violin and the energetic bass accompaniment of Brian Reed add spark and depth. Some special guests may drop by to further mix it up & keep you entertained.

Dwayne Dopsie & the Zydeco Hellraisers on Saturday, August 28
Back by popular demand this band, direct from Bourbon St will knock your soxs off. Last Fall the crowd started dancing on the first song and never stopped. Dwayne grew up in Louisiana playing with his father the “King of Zydeco” Rockin’ Dopsie. At four, he played the washboard then the accordion to follow in his father’s footsteps. His band has continued in the family tradition appearing on; CBS This Morning, The Travel Channel, Discovery, 20/20, Good Morning America and the New Orleans Jazz Festival.

Davina and the Vagabonds on Saturday, September 11th
Davina and the Vagabonds are known in the Twin Cities, MN as being the busiest band in town because of their hard-working professionalism, high energy stage performance and original sound. Davina’s voice is smokey and sultry & fits perfectly around her repetory of Billy Holliday, Fats Domino and 30’s style blues. Her band is driven by a New Orleans style horn section and a ‘Bayou-thick’ stand up bass. You won’t want to miss this one! Come celebrate the ACBC Development Director's Birthday with this Rockin' Band!

Stacy Mitchhart Band on Saturday, September 25th
Mitchhart moved to Nashville in 1996 & took up residency as the house band for the hugely popular Bourbon Street Blues & Boogie Bar in historic Printer’s Alley. His band includes keyboard, sax, trumpet and Stacy’s smokin’ guitar work (he has received many industry awards including “Blues guitarist of the Year” by the Music City Blues Society.)

“...prime blues that not only explores contemporary territory, but gives a nod to other shades of the blues as well. Stacy just keeps getting better...” –Sheryl and Don Crow, Music City Blueslette