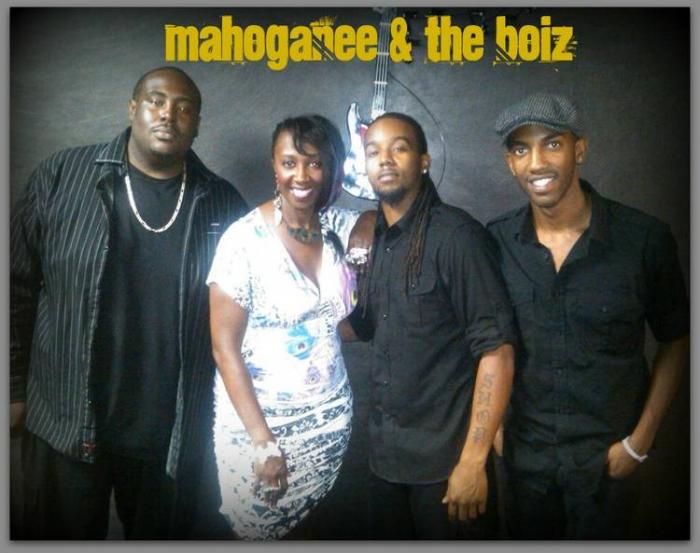 4:57 am on Thursday September 15, 2011 | Posted by ArtSeenSC
Friday Nights Live concerts at ARTworks in Beaufort

Mahoganee will perform in the Friday Nights Live series at ARTworks on September 30.

Live music, spanish guitar, and comedy— experience it all at the 125-seat Black Box Theater at ARTworks with this lineup on Fridays through October 14th.

All shows are from 8 to 11 p.m. with $10 cover and beverages available. Brought to you by Strings-n-Things and ARTworks, the coolest arts council in the Carolinas.

September 16: Jazz & Gospel with Lavon Stevens & Company The Savannah native and Lowcountry favorite has performed from Orlando to Aspen, and is a BMI affiliated publisher/songwriter. His prowess as a musical talent runs from his voice to the piano, spanning Soulful Jazz, Contemporary and Blues.

September 30: Soul Funk Diva Mahoganee & the Boiz Soul Funk Diva Mahoganee is a singer/songwriter, a bit of Lauryn Hill with a twist of Minnie Ripperton and Janis Joplin, born and raised in South Carolina. Mahoganee’s music is the perfect pot of gumbo with a mint julep on the side. She is soulful, harmonious, powerful, engaging, conscious, lyrical, empowering and a true D.I.V.A. She is a community-oriented artist with a true entrepreneurial spirit, providing a variety of positive workshops and outlets and her own record label, DivaMilitia Records, self-releasing a freshman and sophomore album to date. Her third album “The Chrysalis Stage” is due September 2011. www.Mahoganee.com

October 7: Guitar Music From Spain, Mexico and South America with Brian Luckett Luckett's repertoire consists of passionate music by Latin and Spanish composers: Manuel Ponce, Joaquin Turina, Leo Brouwer, Joaguin Rodrigo, Manuel de Falla and more. The classical guitarist has been featured in many programs on both NPR and Minnesota Public Radio and WABE in Atlanta. He has premiered several new works for the guitar including a concerto and several large chamber works. Several of his original guitar works premiered in Cincinnati, Minneapolis and Atlanta. He has written for solo guitar as well as guitar and flute, guitar and violin and various guitar ensembles. Brian records for Clear Note Publications and his solo CD, Serenades of the Unicorn, was released in 2009.

October 14: Comedy Night with Big E Big “E” began doing comedy in 1998, becoming one of the hottest young comedians on the East Coast. “E”, as he is affectionately known, is so versatile that he can capture the minds and hearts of any audience, speaking on topics from relationships and home-life to religion and personal issues. If you want comedy by the pound, then you will always get your money’s worth, judging by his size and humor. Comedy is a craft…anybody can say funny things, but it takes a true comedian to say things funny.﻿