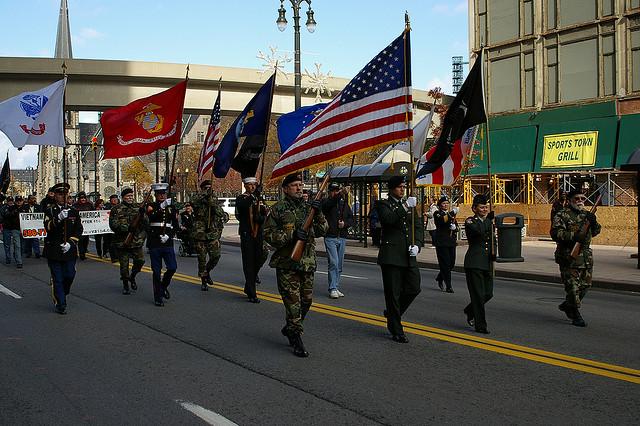 8:42 am on Sunday November 7, 2010
Beaufort Veterans Day parade is Thursday (with route map)

Update November 11: Check out the video.

﻿The office of Beaufort County Veterans Affairs has scheduled the 2010 Veterans Day Ceremony for Thursday, November 11, at 11 a.m.

The parade will follow the traditional downtown parade route that begins on Rodgers Street parallel to the cemetery and goes down US 21 toward the Woods Memorial Bridge with a right turn onto Bay Street, another right at the Federal Courthouse and back toward the cemetery up Bladen Street. All marching units and other participants are asked to line up on Rodgers Street by 9 a.m.

The Parris Island Marine Corps Band will perform in the parade and during the ceremony.

A reception is scheduled immediately following the ceremony at the AMVETS Post #70, 1831 Ribaut Road, Port Royal.