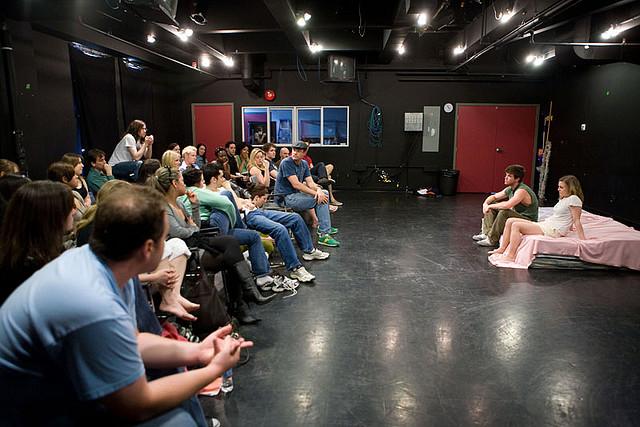 The folks over at the Lowcountry School of Performing Arts are brimming with excitement over a free workshop/lecture with Broadway producer Peter Sklar that's aimed at all of the Beaufort area's performing artists.

The workshop is slated to focus "on the realities of an entertainment career."

Were a little behind schedule mentioning this one but the lecture will be held Wednesday, January 19, at 6:30 p.m., at the school, located at 37C Sams Point Road on Lady's Island.

While admission is free reservations are required and can be made by calling (843) 524-2348 (Children under six will not be admitted and those under 18 must be present with parent or guardian.)

Sklar, who is producing a musical “The Kid Who Played the Palace” has been touring the country, selecting schools like Lowcountry School of Performing Arts, as part of his organization’s educational efforts.

"Sklar's assistant contacted us, they researched the other schools in the area and chose us," said dancer, teacher, and owner of the school, Deanna Kraszewski. "This will give an inside look into the business, what it takes to make it as well as stay there."

Also coming up, on January 29 the school will host Valery Lantratov for three ballet master classes.

You can learn more about the school on their website at www.lowcountrysopa.com.