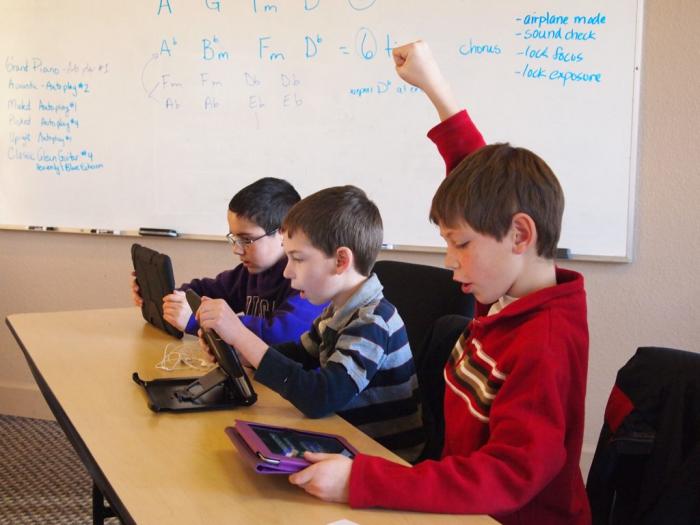 Beauofrt School District leaders are calling an iPad program for students a success and will expand the program, buying 830 more of the Apple tablet computers for next school year to bring the total number of devices in use to some 8,400.

You can read more about the news in the release below.

BEAUFORT – Beaufort County School District officials say that thousands of tablet computers distributed to middle and high schools have increased student engagement in learning and familiarized students with mobile technology that they will use in college and in their careers.

The results have been so encouraging that district officials plan to expand the initiative next school year.

"Student engagement is critical to student achievement," Chief Instructional Services Officer Dereck Rhoads said. "The more engaged students are, the more they can learn. It's important that we prepare students with 21st Century skills, and part of that means giving them access to the computer hardware and software tools needed to develop and master those skills. This is about using real-world tools to solve real-world problems."

A total of 7,584 iPad tablet computers were purchased at $379 apiece as part of the initiative, with most deployed in core classes in grades 6-9: math, science, social studies and English language arts.

Chrissy Robinson, the district's Director of Educational Technology, told Board members that 92 percent of students using iPads reported that they had used the computers to complete web-based research. Ninety percent had worked on collaborative projects with other students,

District teachers responding to a survey said they had noticed an increase in student engagement because of the iPads, greater interest in the subject matter, an increase in work completed by students, a more intense focus and better behavior in class, and better scores on class assignments and tests.

Ross Hendricks, the district's Technology Services Officer, cited a 2012 Project Tomorrow survey of 2,431 school districts nationwide indicating that 89 percent of parents and 92 percent of school administrators believe the use of technology is important or extremely important to student success. Three quarters of parents said that they wanted their children in classes where mobile devices are being used.

The positive results from the initiative's first year have prompted district officials to expand it next year by purchasing enough additional iPads so that all middle school students can have iPads assigned to them for the entire instructional day rather than picking up the units and returning them after each class. The 1-to-1 approach was piloted successfully this school year at Lady's Island Middle School, Robinson said, and students at Whale Branch Early College High School are assigned their own iPads that they can take home each night.

Board members voted tonight to reallocate $417,000 originally budgeted to repair or replace damaged units to instead purchase 830 additional iPads. Only 20 of the district's 7,600 iPads were damaged this school year, which resulted in the district spending only $1,768 of the $456,000 budgeted for that purpose. Nineteen iPads were lost or stolen during the year and were replaced using spare units.

"Students have been very responsible with their iPads," Hendricks said. "Some students even come to school earlier in the morning so they can pick up their iPads and get started with their work."

Hendricks said that in addition to giving educators a new way to engage students in learning, technology also allows teachers to personalize student instruction and open portals to education resources around the globe.

Hendricks presented data from a nationwide 2013 Pearson Mobile Device Survey of elementary, middle and high school students that revealed that 92 percent believe mobile devices will affect how students learn in the future, 90 percent believe mobile devices make learning more fun, 82 percent say mobile devices increase academic performance and 70 percent would like to use them more often.
In Beaufort County, a 2012 district-wide technology survey of middle and high school students revealed that 9 out of 10 district students have internet access at home as well as a mobile device at home. More than 90 percent use technology to communicate with family and friends, usually via texting.

Teachers responding to a district survey gave the iPad initiative positive reviews. "Students are more engaged in class and EVERY ONE is working!" one teacher wrote. Another said, "This has taken away all excuses and allows them multiple ways to access content and assignments."

Initial training for district teachers was done by instructors supplied by Apple, and the district is supplying ongoing training through its instructional technology coaches.