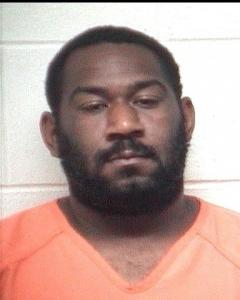 A St. Helena Island man was arrested after authorities allegedly caught him attempting to sell stolen jewelry at a Bluffton jewelry store.

Reginald Rayshawn Bates, 29, was arrested Monday afternoon on one count of receiving stolen goods after he was found in possession of jewelry previously reported stolen from a River Bend home.

Deputies made contact with Bates at Golis Jewelry after being alerted by store employees that Bates had presented a ring for sale believed to be stolen. The diamond ring, valued at more than $10,000, was etched with a laser-scribed serial number, which positively identified it has having been reported stolen on July 28th from a Cutters Circle home.

The ring's owner advised that the ring, along with several other pieces of jewelry, and a Kindle had gone missing during a residential move being handled by several employees of All My Sons Moving and Storage between July 26th and 27th. It was confirmed that Bates was working as a member of the All My Sons crew that conducted the move during which the jewelry was reportedly stolen.

The investigation remains active as investigators work to determine the fate of the remainder of the missing jewelry and identify any possible co-defendants. Additional charges/arrests may be pending as the case continues.

In string of Asian restaurant robberies, one man pleads out