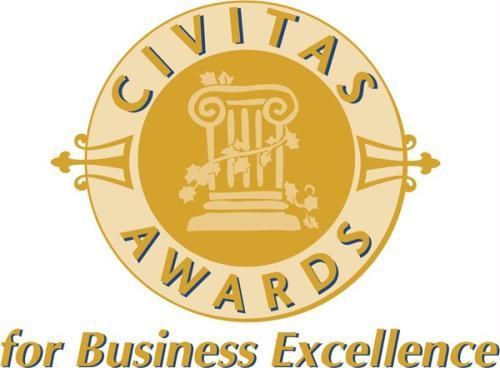 Held at the Dataw Island Clubhouse, the annual meeting and Civitas Awards included Chairman Jon Rembold handing the gavel to new chair Frankie Denmark of Hargray, and an overview of 2011's accomplishments and 2012's goals by President Blakely Williams.

There were 34 nominees for 12 Civitas Awards this year.

The highest honor, the Lifetime of Leadership Award, went to Robert DeLoach. Other nominees included Bernie Kole and Larry Mark. The award recognizes an individual who has made great contributions to his/her community with their lives through various avenues of service. Service may come in the form of business growth and development, setting higher standards and/or demonstrating great leadership skills.
DeLoach has lived in Beaufort all his life with the exception of his college years and his World War II service in the Navy. He has positively impacted the lives of Beaufort residents over the last six decades with his invaluable engineering experience, beginning at Parris Island where he worked for 37 years as a mechanical engineer and at BES, Inc. where he has completed countless projects, introduced groundbreaking technologies in the field of engineering and mentored five generations of young engineers for the past 36 years.

The Beaufort Regional Chamber of Commerce's Ambassador of the Year was Valerie Althoff.