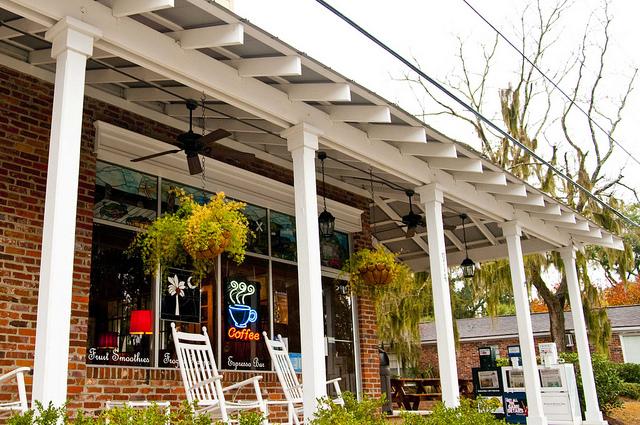 TheDigitel
The old coffee shop closed for good in 2011.

The Old Towne Coffeehaus in Port Royal closed up its doors for good in May 2011, however the building may soon see a newcomer.

Smokin' Planks BBQ is due to open soon — The Island Packet writes that could happen early next month, but we've also heard it might be sooner.

Sadly, however, old town Port Royal will still be without a coffee shop.

Update July 7: As with many a business opening, Smokin' Planks' launch date has slipped a few weeks from what was expected to be an opening in early July to "a few more weeks".

That said, The Island Packet caught up with owner Larry Plank about some of the family's plan for offerings — including local smoked fish; read the paper's report here.

Update July 26: It's been nearly three weeks since our last update and a sign is up above the restaurant, hopefully we're under the week mark.

From the Town of Port Royal:

We'll be sure to let you know once there's an opening date.