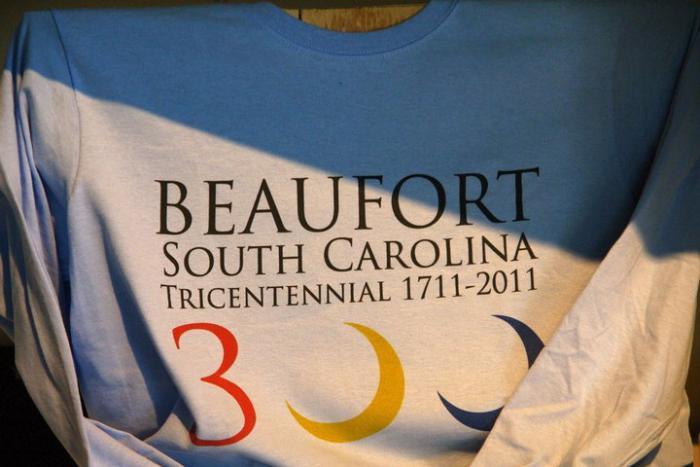 3:24 am on Monday November 21, 2011 | Posted by Allegra Craig
A Beaufort local finds that innovating on tradition can be good for business

Stephen Murray, president of Kazoobie Kazoos and owner of New South Shirts, is an innovator.

Joining founder Rick Hubbard, as Kazoobie’s first full-time employee in December of 2000, Murray aided the company in growing and becoming the "King of Kazoo" manufacturing, and then in June 2010, Murray and his wife started a new venture – New South Shirts.

Seeing an opportunity in high minimum orders and pricy set-up fees associated with most printers, Murray set out to find a solution that would be simpler and cheaper.

And so instead of conventional screen printing, they opted for a "digital garment printer" — think of it as screen printing meets an inkjet printer — allowing New South Shirts to print as few as one shirt, with no setup charges.

Not one to shy away from a challenge, Murray is constantly on the lookout for ways to streamline and improve the effectiveness and customer experience with both of his businesses. For instance, Kazoobie Kazoos was the first kazoo manufacturer to safety-test its product for children. Their kazoos are dishwasher safe, which make them a favorite for music teachers and schools. Additionally, with the purchase of a high-temperature imprinter, their kazoos can be private-labeled for schools, music stores, and just about anyone who purchases from them.

Similarly, with the New South Shirts venture, Murray and his team has sought out ways to offer a variety of options to customers without major quantity commitments and fees. Murray was able to find an embroidery machine at a reasonable price. Through their work as the exclusive providers of Beaufort’s Tricentennial merchandise, New South Shirts is now able to provide an array of personalized promotional products, from Tervis Tumblers to oyster knives.

New South Shirts has taken its spirit of innovation even further with their new website. Customers may choose pre-designed options or design their own – through an online Design Studio – and then save, share, and even order the customized shirt.

In what has largely been a depressed economic climate, Murray and his team at both Kazoobie Kazoos and New South Shirts, has proven that with a strong focus on customers and innovative techniques, small businesses can succeed.