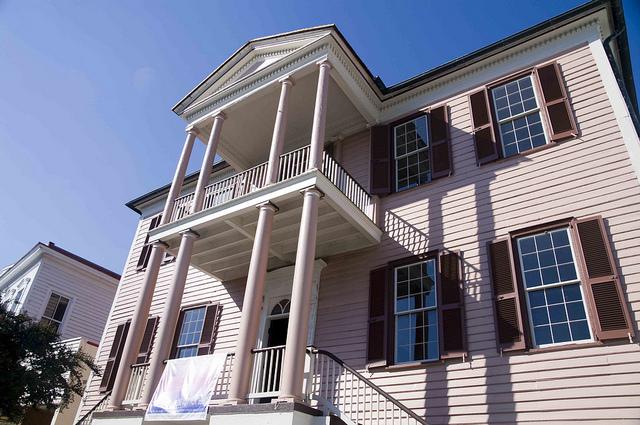 TheDigitel
The Verdier House will be host to the lecture and dinner will follow at Saltus.

The excavation of Beaufort’s County earliest known Native American Village will be the topic of the Historic Beaufort Foundation’s Dinner & A Lecture ﻿on Monday, June 27, from 5:30 to 7 p.m. at the Verdier House, 801 Bay Street﻿.

The village was home to Native Americans for over 3,000 years.

Dr. Eric Poplin, archaeologist and cultural resources manager, will discuss recent excavations at the site of Altamaha Town in Okatie and data recovery from digs at the Comabahee River on U.S. Hwy. 17, near the location of the Harriet Tubman Bridge. A ferry at that location was the predecessor to U.S. Hwy. 17.

Altamaha Town, mentioned in early documents as the head town of the Lower Yamasee tribe, was home to 1,200 – 1,500 Native Americans during Beaufort’s earliest development as a town itself, from 1695 – 1715. Archaeological evidence indicates the site was occupied from at least 1500 B.C. to 1715 A.D. based on various pottery types recovered during testing and excavations.

The site contains at least two pre-Yamasee period burial mounds. Poplin’s research at Altamaha Town revealed that the town was not a compact, easily defensible community as might be expected, but was instead a village composed of dispersed households spaced 75 to 100 meters apart over an area of as much as 125 acres. Approximately 40 houses were once present at Altamaha Town. It was listed in the National Register in 1994.

Thirty per cent of the town is within the boundaries of Heyward Point, a development on the Okatie, and the remaining land was purchased by Beaufort County through its Rural and Critical Land purchases.

Open to HBF members and non-members, the lecture series takes place on the second floor of the Verdier House and features a wine and hors d’oeuvres reception from 5:30 to 6 p.m. The talks are presented from 6 to 7 p.m. followed by audience questions. A three-course dinner at Saltus River Grill is offered at $19 per person for attendees at the lecture.