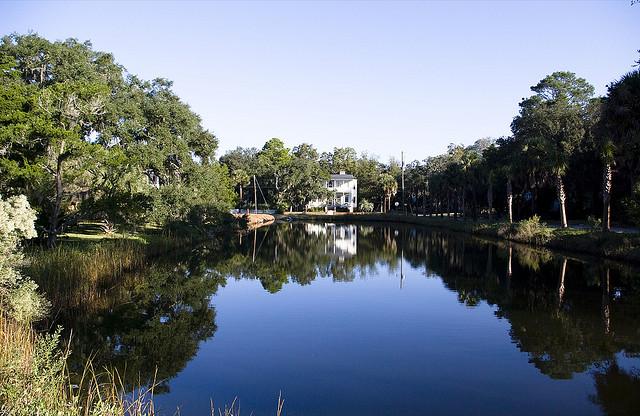 5:42 am on Saturday March 5, 2011 | Posted by Ken Hawkins
Three decades, a travel piece on Beaufort is surprisingly on the mark

Ken Hawkins/TheDigitel
Today or years ago? Hard to say.

While doing our regular cruising for interesting Beaufort stories, I happened upon a 2,000-word travel piece on our sleepy town in 'The New York Times'.

Published just a month shy of a 30-year anniversary, the April 5, 1981 piece is perhaps most surprising because of how you could slip it in a current publication without pause.

A quaint Bay Street with shops, the historic homes throughout, abundant history, a waterfront park, and a quiet style are the main magical draws.

Here's an excerpt to whet your appetite:

Before I realized it downtown had vanished, and Bay Street, on which I had been walking, dipped south and ambled by three old houses, two frame structures surrounding one made of sturdy-looking concrete stone block, all with porches on each of their two stories and tall columns. Another block and Bay Street ended, and I found myself on the lawn of a large house, a mansion actually. While similar to the houses on the preceding block, it was larger and more open, with two wraparound porches. And, with its attending oak, it had a regal appearance, dominating a huge stretch of well-cared-for lawn and looking out over the Beaufort River.

Suddenly it seemed late, and I hurried off to Hilton Head. But all that day I thought of Beaufort. Something about the town stuck in my mind, especially in the midst of visiting the newly developed Sea Islands. They are beautiful but very much alike. And while the concept of building to blend with the trees and the sand and the water is appealing, after days and miles of the same style, houses in weathered grays and browns, tasteful clusters of two- and three-story condominiums spaced around asphalt parking lots appointed with just enough shrubbery to carry out the theme, the appeal of the pattern begins to fade.

So that night, while it had not been my plan, I returned to Beaufort.

Be sure to head over here to read the full piece and scroll all the way to the end for a humorous take on hotel prices at the start of the '80s.